The Daily recap of Shane’s Auction Picks, the 16th of January

Yesterday’s Average 4L Chip Sales as listed on Namebio.com and LLLLsales.com was $2,393.00

I was curious today why, in the world, a Chinese company would have registered crazy long numeric domains with 4’s and 0’s 15 years ago. I’ll keep at it and maybe do a separate article. But here’s some things I found in 10 minutes.

64000999.com: was first archived in 2006 and the site looks to be about women’s health.  I think the domain might be the phone number too, but I don’t know why any women would call or visit a medical facility that has death in their domain and phone number.

67104303.com 8n.com website first Archived in 2002, has 0’s and 4’s. Might also be the phone number, but if length and 4’s are so repulsive why not just redirect this one to something less offensive? It looks like the site was for an airline or travel agent, something to do with flying. Who wants to buy a plane ticket from a site that says death in the middle?

1600148.com: only a 7n here, but from 2001. Yes this was a Chinese website in 2001 for a law firm I think. It doesn’t look to be related to the phone number. I could be wrong I haven’t done an exhaustive search yet. I’m sure they could have had there pick of 4n or 5n in 2001, yet for some reason they decided to go with a 7n with a 4 and two 0’s. Either they are the worst marketers in the world, or there’s meaning that we don’t know about.

Could the length of the domain be needed to better represent the Meaning? I don’t really know, but I only checked 6 of these out of thousands. Maybe they went out of  business because they were so horrible about branding. 7 and 8 digit websites in 2001-2006 with 0’s and 4’s, what a bunch of idiots. 🙂 I’m joking, I will dig deeper to see if we can learn anything from this. 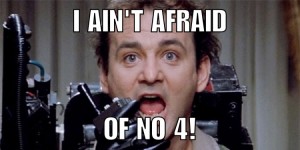 BestSelf.com  17 years old.  I am always trying to be my best self 51 weeks a year

1,680 USD The other week is just different type of “best”

045.net   Haven’t see a NNN.net up for sale in a long long time.   I’m sure there has been but not when I’ve been paying attention or sober

UUI.net    Add a three letter dot net and we have a nice pair

CoolYouOff.com   That’s was Stu’s job at the craps table :).  But guessing it will more heat and air condition related to a final end user

WeLoveFacials.com  And the award for worst marketing campaign for a Spa goes too……………..

And it’s still available in Closeouts for $10! Worst or best, depends on who the target audience and is and what kind of Spa it is.

HappyMule.com    What are the chances.  Had a laugh over the vice episode just the other night.  Perfect name and a good brand.  No bidders

? If you missed it this is available for hand registration

765 USD Since we’re talking about cross bred species. Jebba is the unholy spawn of Jabba the hut and Jedi Knights that went to the dark side.

33221.net  Great pattern but it’s a dot net so it will be a little more affordable.  Good on the buy, bad on the sell

T825.com  Lots of buyers for this type

8882999.com  I promised not to venture into the 7N.com unless they were special.  This is special to some people.

450 USD It’s very special, and should tell the flippa seller below that $400 for his name was very very good. That is a hell of a deal IMO. I would have bought it. That name goes for at least $1500 in a month… Or tomorrow to the right buyer, or in a year, Or 10 years. That is my super non specific prediction.

ClampDown.com  Not going to be a brand but a call to action.  Not sure why I like it.  Kind of like

318 USD Looks like it drops every year. Same auction date for the last 3 years

? I can’t either because it’s just plain crazy. I had a couple of these once, don’t they resolve weird? I mean seriously, there is so much stuff to speculate on that has a better track record than .mobi. I think you can  play pin the tail on the domain blind folded and come up with some winners.

You could put different combos of com, net, info, biz, cc, co, me, xyz, top, win, tv, or any other CCTLD or NGTLD on a dartboard, then missed the whole damn dartboard and still pick less risky domains. That $100 right there is 100 missed 6n.xyz’s….

And Next week I’ll be wrong, due to some wierd joint venture between new Indonesian domainers and the Chinese. If this happens, and there is a .mobi numeric buyout I will buy some too, sell them and then scream “This is the best business in the world”!!! from the top of my roof. Once mobi becomes popular my 18N.com’s won’t look so bad anymore will they? 🙂

? I missed all of these results. Later after you sell them all? Don’t hold me in suspense, will you tell me if I sell half of mine to you?

MNMN.co   If you like do co you should want to own this one.  A great pattern

214 USD, That’s an extension I can deal with, it’s not perfect but at least it’s accepted and used by businesses.

My opinion is that we should have done them before the Chips. Even the Chinese like CVCV and value it higher don’t they? Retail anyway. CVCV.com has always had a higher average price than any other combo. (ok 4L actual words are better). So following that line of thinking at some point .net CVCV will be worth more that 4 L Chips. We may still be caught up in a perceived Chip supply and demand issue. But as far as end-users go the pronounceable 4L.net might fill the void left by the elusive CVCV.com.

Take the 4L.org’s I bought some CVCV.org’s when all the 4L.nets sold out. Mainly because I saw it as an alternative for those normal people that buy domains for websites. Since the Chinese didn’t even care about the .Org at that point, it seemed better to shoot for western demand. After that I bought some Chips with repeating letters.

104 USD. I was talking to Ran from DNS at dinner one night about patterns and that’s a good pattern, but It does become a problem selling if you have to convince people that it’s good.

If you like NNLL.com I will leave you these

Struck out with these, can’t find any results

Ends in the morning.