The Daily recap of Shane’s Auction Picks, the 15th of January

Yesterday’s Average 4L Chip Sales as listed on Namebio.com and LLLLsales.com was $2,197.70

I had a layover in Houston yesterday that wasn’t too bad. What was bad was me forgetting to check the train schedule at 30th street station in Philly. My car is parked at the local train station 5 minutes from my house. My plan was to take the train home, the same way I got to the airport. So yeah, there were no Amtrak lines running across PA at midnight.

Plan B: rent a car one way drop it off in Harrisburg today. I pulled Kayak up on my phone and reserved a rental car for the day. Took the shuttle to Enterprise from arrivals. They were very nice, they greeted us at the door and offered us bottled water and Philly soft pretzels. I showed them my Kayak registration for $105, They added $20 for prepaying for fuel at a decent price $1.90/Gal,  so with the total charge I was looking at around $125 for the car. Not that big of a deal, more than the $20 train but I just want to get home at this point.

They Do Not take Debit Cards. I pull out the debit card and the staff tells me they don’t take debit. I wasn’t taking a credit card to Vegas, so I said “ok I’ll have my wife call and give you credit card info.” Nope. They only take  credit cards that you have in your hand. I’m not sure why. Anyone can get some kind of credit card. Do they think that it’s gonna cover the car if I decide to steal it? Lol, I’m pretty sure that charge wont go through.

I’m standing there thinking, you have got to be kidding me. The kid behind the desk was nice and empathetic to my plight, but I still think it’s a stupid policy. Charge my debit what ever you want if it makes you feel better, have some way to pay, or at least advise people on your site or affiliate sites when they make the reservation that it HAS to be a credit card. I had no idea, I rarely ever rent cars. Before I left enterprise I told them I was taking more pretzels to compensate for their policy. They said I could have as many as I wanted.

So without a better option I figured I’d take their shuttle of shame back to the terminal and maybe sleep on the street or take the septa train to 30th street station and wait for a morning train. It was almost 1 am so i’d only have to stay there for another 4 or 5 hours. I looked at Uber quickly and the rate quoted was $400-$500 back to my house, but I noticed that it was only the “Black” car option. I asked the friendly lady driving the enterprise shuttle about this and she told me that I have to get off the airport, then I’d be able to get UberX. She said that I should take a hotel shuttle to one of the hotels off the airport property.

So that’s what I did. I took a shuttle to a random hotel, stood in front of that hotel and called in Yousef from Nigeria to take me the hour and 45 minutes home. The best part was that it was cheaper than the rental and I didn’t have to return the rental. Yousef drove me the distance for only $116. I will never rent another car if I don’t have to. I’m using Uber or Lyft from now on.

There was a point where I almost asked Yousef to let me drive. He would only drive the speed limit and he had a bit of trouble with High beam low beam protocol. We were about an hour into the trip and I noticed that he had the low beams on the whole time. The roads were a little windy at this point so I casually mentioned the High beams might help since he was driving 25 MPH under the speed limit. After about 10 minutes a truck coming at us flashed it’s high beams to let Yousef know that he still had the brights on. Yousef didn’t notice so I told him the high beams were still on. He searched around for a little bit and then completely shut the lights off plunging us into darkness for about 20 seconds as he searched for the switch to turn them back on and then the low beam switch. He didn’t seem phased by driving completely blacked out for that short time, so I attributed to his confidence as a driver.

We reached my house without further incident, I thanked Yousef for the ride and pointed him in the direction of a gas station so he could get a drink. I hope he made it home alive.

EmailFree.com  19 years old.  There is a ton of money in Free

940 USD I’m not sure if I like it, I guess I do, Don’t most people have free email? It’s a decent name but I think you’d need to brainstorm some way to uniquely use it.

Draxon.com  17 years old and no bidders.  Sounds like a 80s video games but still would make a great tech brand.  That’s if tech companies even exist after the stock market bloodbath recently.

329 USD Good price for it, a lot cheaper that Amplify and people will still get the basic idea of what you’re about.

KBTT.com   Nice letters, two Ts, what more could you want out of a LLLL.com?

1SV.com  Has a V and its still doing well.  Some times I just feel sorry for the V.   Works so hard and yet still nobody likes him

930 USD You’re right, the V needs rebranded so the Chinese will love it. Can we convince them that it’s a 5? I think I’m on to something here. The V shall no longer be known as a Latin letter, henceforth It will be the Roman 5 only. 1S5.com 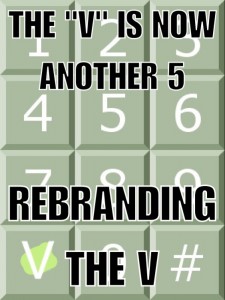 3YT.com  No V and almost double

WECY.com  A fake CVCV.    People are always trying to pretend like Y is a vowel but its like being 5% Cherokee Indian.  You only bring up the fact when it benefits you.

898 USD That 5% could be important if you’re claiming part ownership of a new casino.

TinyCrush.com   Not super valuable but no bids at $12 and 10 years old.  Two known words

1,695 USD It’s a word is a few languages, The com is a site about Kentucky Equine Research – Leaders in Equine Nutrition. Maybe they’ll downgrade to the net and sell the LLL.com for more research money.

3,750 USD That’s a good price Flippable for a decent profit I would think.

275 USD not too bad, the gap between LLNN with repeating numbers and non repeaters should widen I think.

Cafe.cc  Nice to see some keywords getting some dot cc love

BuyMyDrone.com  At $17 .    Certainly a call to action domain

? I just checked for some variables of this to see if they were available. They’re not, with all the drone names registered everyone will need to own at least 15 drones to catch up with the names. I have some too.

D5.net   Coming up in a few days. Very nice CC.net

XJC.cc   Only has one bid but its a nice one

Airline.net   Solid dot net and the price proves it.

7,550 USD. The net works well here as a brand. Maybe it’s a network airlines share, or another price tool that gathers all the best deals in a big net.