The Daily recap of Shane’s Auction Picks, the 1st of February

Seems like a decent amount of 7n auctions on the Chinese Auction sites like 4.cn and 22.cn Who knows where this crazy ride will take us, but I do think we’re starting to see pattern and sequence start to even out with short and no pattern or meaning. They both have value and are memorable in their own way.

I mention below but I’ll do it again up here, some great tips on selling domains on the latest Domain Sherpa interview. David Kelly shows us all the skills and tips that he’s developed to sell domains to companies and end users. I haven’t really tried it yet, but I’m going to watch it again, take notes and teach my daughter to do it. She’s only 6, she had the iphone figured out at 1, so I’m guessing she’ll learn this fast. I could pull her out of school and have her work full time. I wonder if there’s any Child labor laws that wouldn’t reflect kindly on my new “home school” approach. She wants to buy Cheetah.com, I can probably use that to entice her. “If you sell an other 100 domains, we might be able to afford it”

Another domain selling article, that I thought was great, but takes a very different approach to selling domains is Ali Zandi’s $20 Baller Challenge. 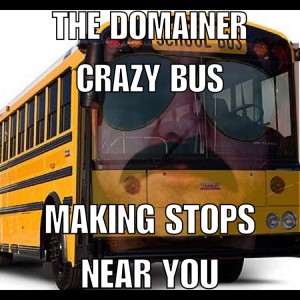 His whole emphasis is quick flipping and he shows you how to do it. The Challenge is to take $20 and turn it into $5k in 60 days, by following his plan. I’m definitely going to try it. It seems like a lot of fun and a great way to learn while working.

HandMaid.com  No bidders.  Great brand for any site or app that help you.  I only know about handmaids from Game of Thrones

? It’s worth it just knowing the ones from the Game of Thrones. I’ve read all the books, great reads. The HBO series is remarkably close to the books. Time to get on your horse George RR Martin and start writing again.

CrazyBus.com  A bus I really don’t want to get on.  There are a couple people in this industry that ride it every day.  One bidder, 16 years old

193 USD I know a guy that drives this bus

LegalDaily.com Getting some bids simply because all legal names seem to have value

710 USD That ended with a high price, but it is a good name. There are some names that people know they can sell for a profit as soon as it goes into their account. If I knew I could sell this tomorrow for at least $1k I’d buy them everyday. I don’t have confidence in my flipping skills, I’m working on it. The DomainSherpa.com Interview today has a lot of good info. I’m gonna watch it again and take notes. Also I came across the Zandibot.com $20 Challenge. Great information in there too and a totally different approach to actively selling domains. I want to try them both this month.

? Missed It, Travis the Master or Lost and Forgotten prices might have it.

ISU.com  Probably better as a dot biz.  Listen to me.  Saying that a LLL.com could be better

BGUD.com   Most people are going to see ” Be Good ”   I see a typo of my common handle BGum

SROP.com  One of those names that isn’t going to get the bids because of the O but is a great acronym with good end user possibilities 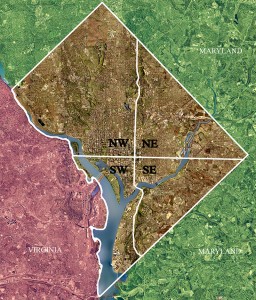 SWGE.com  Another one that is 15 years old with great letters.  The E is your discount code

1,110 USD Looks British to me, Si Oi Or Pinyin and British, Si “to think” Oi an expression for getting attention. So maybe it means to wake up! and think.

iTokens.com This was the rumored payment system for Apple.  Obviously didn’t happen.  Now somebody else can use it

315 USD Lots of uses, Maybe an internet gaming site or payment system for a group of sites that you can take back and forth.  Or an advertising network exchange system, you put your ad on my site and pay me an itoken, I can use my itokens to put my ads on someone else’s site in the network. It would be a fake currency for advertising credits.

RoadLink.com Nice name.  A few companies already own things called this so you’ll have to be a little careful. 561 visitors per month

1,025 USD Looks like trucking companies use the term as well as a bicycle company.

898 USD I think the 4’s are just late bloomers. A big sell off from the chinese doesn’t scare me, I’ll pick them up. They’re still making money on them. I don’t think you can compare the 6 n’s to anything else right now. The 5n’s took a few years to get going, We’re talking the end of Sept for the 6n’s. Obviously I agree that they’re the bottom of the barrel, but be careful not to discount pattern and sequence in that barrel. Plus if you can get them for next to nothing I think you’ll make money. It all depends on how you look at it, there’s no wrong way to eat a reese’s.

PG99.com If you’re going to buy LLNN.coms this is the kind you should want to own.  The double number

200 USD, Seems like it has good value left at that price.

MiningTips.com No bidders but maybe people that are smart enough to set up a BitCoin mining machine don’t really need tips

Maybe the Discovery Channel will buy this as a companion to Gold Rush. If domains don’t work out, maybe I’ll pack up and head to the Yukon, or Bering Strait.

Oheo.com  I only see Oreo.  But I love Oreos.  Love em

14028.com  Shows that if you throw an 8 at the end that its still worth more than the 5Ns with less fours and zeros

CJzzz.com    A few bids on this 5L.com   I was wrong about the number of 5L.com CHiPs yesterday.  Still a ways to go but it is going.  It really doesn’t matter to me.  I don’t see a huge payback but it would be nice for them to be worth $15 or so soon.

LXLLL.com   Another one that is a little better in my opinion

110 USD No idea why this one made it to this and the other one didn’t. Google Translate says SF means whether.

565 USD There’s gotta be a catch here somewhere, maybe there’s add on services, or they steal your identity.

HMMYY.com   One bidder at $12.   These are the names you’re going to see start selling first before the other million names that aren’t great

? This one seems like it’s a good pattern, Double letters, easy to remember.

206 USD There is a 7n movement, I checked 4cn and 22cn there were numerous 7n’s with decent bids. I think 22cn starts their auctions around 450 rmb which is around $68. I say I think because it’s all in Chinese so I really have no idea. I tried translating it, but it still didn’t make sense.

XTXC.com  I bet this gets a lot of Chinese inquiries.   They don’t mind the Xs at all

DroneGear.com  Not very many bids for such a big industry.  Watched drone racing league special the other day.  It was awesome

MJVJ.com  Absolutely terrible comparables. The names he listed aren’t even close except that they have 4 letters

HirePeople.com   As good of a name as any for finding potential employees.  17 years old

Reserve not met  I like this one, Hiring sites seem to do well.