The Daily recap of Shane’s Auction Picks, the 27th of January

Looks like 4.cn auctioned off a almost 40 LLLL chips. While the price of many of them was less than $2k, I think it’s a good sign. This volume of names hasn’t gone to auction in a few weeks at least since the last time 4.Cn had one. With overall Chinese domain market activity down, due to the coming holiday, the prices held steady. There was an influx of supply with a decrease of demand from less potential bidders. I think it’s great that it held the mark where it did. If there was crazy panic coming these names would  have dropped to $1500 or $1600. Probably even a better sign of what will come when the buyers get back in action. If this sale takes place after the new year I bet prices are all around $2500, but I’m just guessing and unscientifically analyzing things. 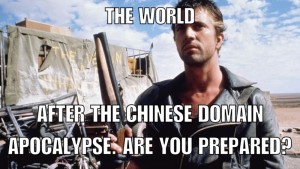 DomainNameInvestor.com  A great name for us.  I am a bidder

Did you win it Shane? The price isn’t recorded

1,525 USD I thought about bidding on this one, I have a buddy that is of the Special Emergency Response Team. SERT which is the new politically correct acronym that means the same as SWAT. He wants to sell Tactical things. This would have been a good name, buy I’m not buying him a $1500 name.

Fundamentally.com  I’m not a big fan of these types of words.  But they do sell and all you have to say is its a dictionary word.  Dictionaries are big

910 USD, They are big indeed. I don’t think this ones too bad. I bet someone owned or once owned the .ly hack.

630 USD or fund or fundamentally. Best Half Ass Fund, Be Half as Fun,

SSBM.com   Age and good letters.  One of the better LLLL.coms in the last week

2,771 USD Run that through google translate and you get “The Fact That”

1,124 USD Sold for more on NameJet 6 years ago, Emergency Vehicle, bet you knew I’d say that.

SYXS.net  Most bids on the Godaddy board today

? Most bids, maybe it had a reserve?

ZAP.cc   A word and and a LLL.  Wooooooo

2,035 USD Or take it off before you eat BBQ? I’ll tell you who buys white ski jackets, Snow bound assassins that’s who. All camouflaged to make the hit.

668155.com   Two doubles here but the placement is not as good as the above

3222.info  I have to admit, I completely missed dot info.  But we’ll follow from here

205 USD I don’t have any 4n.info’s, actually I did have one or two a year ago but let them drop. I do have some awesome 6 n’s if you’re looking for any.

I think the BB beats it out.  Battle on

NameAwards.com  We need new Domain awards.  Here is the name for it

?Hmmm. this one is wide open for commentary. So many different ways to go with it. But I don’t need to, just by saying that much everyone has their own funny anecdote to replay in their heads.

29lp.com  I think if you can pick these up for $20 and under you will make money…..maybe

No current price 310 USD  last year: and half full is better than all full depending on your budget. Besides so many 8’s has to get boring after a while even for the Chinese. That’s where the comeback of the pattern 4 comes in. Say you’re a restaurant in Beijing instead of the normal Wok88 Wok888 Wok8888, Hhappy88 Happy888  that most restaurants are going with you mix it up and go  Wok444, Pattern is good and you stand out in the crowd. I really have no idea if that would work, or if any restaurant in China is named Wok.

HKKSS.com   I know someone that likes these types.  He’s probably pissed I found it and listed it

Why is the hell are so few of the 5n’s being recorded?

? As it should, that’s TTT Tu which means, drawing, map, chart or Picture in Pinyin.

RRR.cc  Pretty special name coming up in a week

BBES.com  It will be interesting to see how this does with the E.  Great letters for the Western market

LI.LY  Nice domain hack.  And the all the bidders agree

Bogo.io   Zandibot has another nice one on the sales floor

PSPT.net   Great letters and getting a good price

11998.com  Awesome domain.  Would be a great asset to have in your portfolio