The Daily recap of Shane’s Auction Picks, the 8th of February

They said the 4’s were evil, they said they’d never amount to anything, the 4’s were abused and hated themselves. Low 4 self esteem led to addiction, other social problems and ultimately a self fulfilling prophecy of destruction and chaos. The 4’s have gone to rehab, not all will survive, but a hard working few will overcome the stigma associated with them. Rise up 4’s and fulfill your destiny! 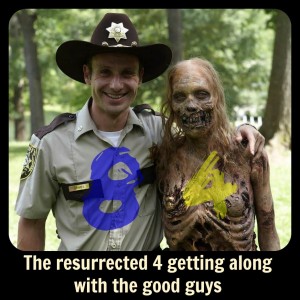 TUDS.com  18 years old.  I have an entire closet full of studs.  I actually made that up.  There’s nothing in my closet except for a few pairs of blue jeans, 3 blue shirts, a printer and a Santa Suit

2025 USD What kind of printer is it? Does it print the rest of your clothing? A 3d printer for clothing would be awesome.

UENG.com   A Chinese last name yet not very many bids.  That’s until the Chinese read my blog and find out its Chinese

Has a BIN  : This brings up a very important point. If the W is popular, shouldn’t two U’s be just as popular?

NYCShopping.com  17 years old.  No bids at $12.  I heard New York City is about to start allowing shopping to be legal there soon

565 USD I read this the other day too. It’s only for certain things, obviously things like Soda, snacks, bacon, tobacco are not allowed in NYC. It doesn’t matter anyway, with the tax that would be levied on those products, Crack and Meth are a lot cheaper and readily available. Use it right and you’ll get a lot more done than you would with that caffeinated, high in corn syrup beverage.

QCAB.com  Getting bids because of it being 4L but the CAB part doesn’t hurt. 16 years old

WereMoving.com  Not a bad name for $12.  No bidders

1705 USD  Check this one out. It’s developed, kinda, it looks like it’s a demo site. I don’t know if the intention was to show an example of what could be there and maybe offer development services too, but it seems like a great idea. You might even be able to squeeze some kind of auto revenue and get the thing indexed while you’re at it. It’s like the next step for making a domain logo.

Here’s a nice group of lesser value LLLL.coms that I’ve been adding every day for those that want to buy value and hope everything rises in this category

Lesser seems to be doing very well in some cases.

MDLR.com   There have been hardly any CHiPs for sale all week.

02771.com   I purchased a few 5N.coms like this because I thought there was value compared to some other names.  But it’s not proven until I sell it so don’t buy it based on my opinion

421 USD It crossed it, who knows where the info’s go from here.

TDMZ.com   Another CHiP.  Looks like its going to be a good day

LittleDress.com  Not as good as little black dress but this one has no bids at $12. So today, this is better

DIIO.com  Vowels are still not as good but names like this with good Western end user possibilities are finally starting to rise.   There still some value left in vowels right now.  Just can’t throw in bad Western letters

1913 USD. Ok someone should redesign the I and l that we use. Yes I typed i and L but who the hell knows what they’re looking at? Half the typed fonts make them look the same. I’m proposing that someone take up this cause and demand i, L font diversity be made mandatory.  We’ll talk about this more another day. I have some ideas to redesign them. Ok just a taste is you’re curious. What if the upper case “i” had maybe a star or box above it? It wouldn’t look anything like the L, and you’d know it wasn’t lower case due to the non dot symbol.

? Must have been a reserve

1925.co  Yes I missed the numeric dot co market.  But I’ve pointed it out every day.  And yet still seemed to miss it

535 USD There’s only so many things you can buy when everything is going up, trust me I know.

999608.com  I’ll be interested to see how this one does.  The triple 9s are great and I think zeros are much better than 4s.  Good market measure here.  Like the name a lot

SXD.biz   For the biz people

I usually put together the LLLL.nets each day.  This group is uglier than normal except the HLLN.

RNCT.net  I like this one much better than the above but auction price is much less at press time

247 USD and it ended exactly the same as the rest.

CYXX.cc  I get told all the time that dot cc are worthless.  And yet this will go for over $50.  I might have to go look up “worthless”.  Maybe worthless now mean “worth less than $500)

I can’t see them not going up when other strings of cc are > or = to the net.

TCMM.org   I have said that LLLL.org isn’t gaining traction, OK I said it was dead.  I realize its not dead but look at the price of these great letters and tell me its thriving.  Or maybe its value.   See what I did there?

So maybe you have a few of these and you sell them to end users for $1-3 k, you know like we used to do with domains back in the old days.

SHPP.info  Is there a 4L.info market yet? First one I’ve seen with a bid.

DigitalDubai.com  16 years old with 3 bids at $15.  Anyone who owns a Dubai name dreams of some sheik offering them a few hundred grand for their name because money means nothing to sheiks.  Or at least that is what we think in our dreams

At $69 5 days left. You could build this into the Dubai Virtual Reality experience, then you wouldn’t have to go there. Because we all know what’s in Dubai… Lots and lots of hookers. Seriously, they’ll attack you.

SBNM.com  Great Western letters.  This would go for $2700 plus on Namejet

9898.io   Dot io hasn’t taken off in numerics because of its high holding cost aka renewal price.  But if it does then this is as fine of a 4N.io as you’ll find.