I’ve been at work for the past 38 hours, going home in the morning. I had a nice Jackass moment earlier this evening. I decided to do some vehicle maintenance on my truck, bought oil and a filter, a few other things. I even cleaned out the truck, I still need to detail it but it’s a lot better than it was. Everything was going smoothly, the oil drain plug came right out, the filter came out without any problems.

I screwed the new filter in after lubing up the seal, Got the funnel and started pouring the nice fresh oil in, except that I never put the plug back in. I didn’t notice that the plug wasn’t in until the dripping sound that follows after all the oil is drained. So I had a quart or two left, then mixed random weights of leftover oil together that I found lying around. lol I think it might run better now, maybe I’m on to something. I will need to stop somewhere in the morning and top 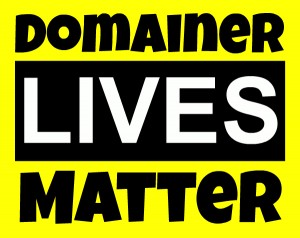 SCUT.com   South China University of Technology.  A small school of 88,000

SCOW.com  After seeing these two expire on the same day I think they were registered because they are types of boats.  Luckily those boats are also 4L.coms

FileNetwork.com   Its a good name but it’s way above where I thought it would end up.  Always learning

Roundtable.org   20 years old.  Getting more bids that I expected.   Does have a PR4

GoodOpportuntity.com   It may be at the $299 listing price

StartupSpace.com  And a big space it is. Or at least it seems like it.  Although it used to just be called a new business

3,161 USD Was there a company with this too? Or just the domain?

2X.net   A pretty special dot net.  The prices shows you that others agree if you don’t think so

18,666 USD  It’s a span the dot name, These are Extra Extra Large fishing net’s for Salmon.

NCG.net   Great acronym letters for the West. To me that’s the most important market.  Only because its the only market I fully comprehend.  The Chinese market is all gravy.  Turkey gravy.  The best kind

KGB.net  I was going to say it isn’t as good of letters but I’m scared of the KGB so I won’t say anything

WWP.net   Some great dot nets getting sold here today.  This the best yet.  WW, world wide.

A82.com  Put any other consonant besides this one at the front and we’d be crossing $5K.  Still doing well

OceanviewProperties.com   Fantastic name that is under $25 at press time

493 USD I like It, you can see the site built out selling or renting these properties. They’re usually expensive.

MediaEngine.com  Media names always seem to go for more than I think.  Although this is a nice sounding name

2,045 USD Isn’t this one of the characters on Thomas the Tank Engine?

EYEJ.com   Not sure it has more value because it has the word EYE in it. So far it doesn’t

SLVV.com   I know one V is bad but is two Vs good because because it looks like a W

KnockPot.com  Not a bad brand for $10.  No bidders

67241.com  This one will be trailing just a little behind

FFZS.com  According to some of the people in the Namepros thread this should end at -$400

? Yeah I’m still trying to figure out that formula. I even took my shoes off, still can’t figure it out.

? It got to at least 700, I was watching it. Can’t find the actual price. I watched it because I was bidding on it. This is why these auctions are so subjective. I was winning till about $500, it got down to 2 min and I bid it up to 7 something. I gave up but I think it would have gone in the $500 if I hadn’t shown up. I hope it wasn’t Shane that won it, he’ll dock my pay.

TZ55.com  Used to sell for a lot more.  I think it will again but don’t buy on my thoughts.  Because you will lose all your money if you do.  And then you’ll have to take a job rubbing beard oil in Ali’s beard

185 USD That’s probably one of the better jobs you’ve mentioned. At least you could learn something.

The least amount of LLLL.nets I’ve had on the list in a few weeks. Does that mean nobody wants them or that now everyone renews them. Is this good or bad?  I’m so confused

RoastedChicken.com   I do eat them a lot so I feel I am qualified to say this is a good name

760 USD I was leading on this for a little bit, but I’m cheap and I know the future of chicken. Broasted Chicken, it’s awesome check it out. Chicken Fried under high pressure. Delicious.

XXBT.cc  Not sure what this is valued out right now.  We’re about to find out.  But owning these has been a good buy as of late

151 USD, it’s probably not a mistake, they give you a whole year on the registration. This one is a nice AABCC with a double Wang. The double Wang is weird yet lucrative, like a train wreck, you want to look away but you just can’t.

HWF.cc   One bid but its a good one

PGFU.com 365 USD  This is a good Maryland name. Prince George, F U.

CO.SKI   One of the few dot ski that I really like.  Not that expensive all things considered

8BX.com The current price is way below other 8LL.com prices lately

CleanShave.com   My favorite name on the list.  Every man is looking for a close, clean shave. 1997 birthday

2,700 USD Yeah this is a good one. You could start a shave club. Lots of razors sold everyday.

Chanong.net For a dot net to be this high of a price it HAS to be Chinese

FreeCondoms.com Getting some great bids. Sounds like nobody is going to support

Planned Parenthood so these would be welcome.

1,136 USD or if you can’t afford them and you’re not responsible, go jerk off.

825 USD This has to have a google bullseye on it at this point.

SingToMe.com  Sounds like a online chat room of song.   Probably going to be some great voices, some bad voices, and probably a dick or two

185 USD I envision a board game of some sort, or a karaoke machine

GreenClover.com   Certainly could be a brand. Just steal the logo from the Boston Celtics

ZippyHosting.com   Under $50 this would be a good buy. Zippy implies quick which is a good thing in hosting

LeafRemoval.com  This sold for $200 last time and not even a $20 bid on closing day. Surprising

205 USD all those snipers. It is a good name, lots of leaves. Try and sell this in the fall and I bet the price goes up 10x. Any domainer that has to rake leaves would buy it thinking it was the best name in the world.

OHIV.com  The HIV part of it kind of sets it apart.  Was also the name of Ohio back in the Roman times

I admit, these have dropped hard lately which means they are going to stay low or they are going be an opportunity.  And they do NOT lead LLLL.com prices, its the opposite

531 USD I don’t know what to say, or if auctions even tell us anything anymore.

8488.biz   All the best except for the 4.  I’m kind of feeling sorry for the number 4 this year.  He really has been bullied all year

173365.com  6Ns have also suffered in this recent soft market.  It’s not a problem with too much inventory, only that nobody wants to buy until they get a clearer picture of where the market is heading

881.io    I like this one a lot.  I have no problem with dot io when the name or numbers can be a brand. Singular and short. Price is relatively cheap compared to what I thought it would go for. But its early

200 USD I’m not seeing the .io play. This name only got this price and it’s only 4 times the reg fee.

Zore.com  Getting lots of action early

BuildBacklinks.com  Nice SEO name.  And no reserve which is always nice

ActingSchool.us   This is how you get rid of your dot us