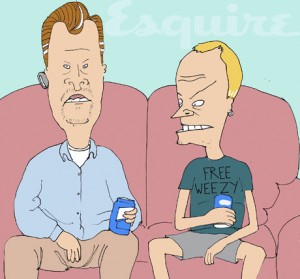 Looking through GoDaddy expired auctions today a certain domain grabbed my attention. BeingAGrownUpBlows.com. I laughed. Don’t we all know it?

But then I looked at the price. $1955 with 3 days remaining. I laughed again, but this time because that is a joke. I figured there must be a reason why it would be so high so I did a little research. The domain, as I stated, is expired but it currently points to a Blogger site. The blog is your basic personal blog that was probably started with such ambition and later all-but abandoned as there hasn’t been a post since September. There appear to be no monetization attempts on the site so I assume it makes no money.

Next I did a Google search…maybe ‘Being A Grown Up Blows’ this is the name of a movie, or a new TV show? Nope, nothin. Checked out the traffic, minimal. Next I went back to the auction and discovered that although there have been 45 bids, there have only been 3 total bidders with 2 doing all of the bidding over $21. ‘Bidder2’ has apparently placed a manual bid every single time while ‘Bidder3’ has a proxy bid entered.

If you ask me, this whole auction doesn’t pass the sniff test. In other words, something smells funny. I guess it’s possible that 2 different people have giant plans for the same crappy, albeit humorous, domain…but $2k is an outrageous price. When Rick said you should go out and buy a $2,000 domain and sell it for $20,000…this isn’t the type of domain he was talking about.

Does anyone else find this extremely suspicious? Does anyone have an idea of what’s going on? Can anyone provide at least a reasonable explanation that would stop this nose bleed I’m about to get looking at this? I’d appreciate it…I hate nose bleeds.

6 Replies to “BeingAGrownUpBlows.com on GoDaddy For $2k? This Doesn’t Pass The Sniff Test”