Not many of you know Richard Dynas but you will after his $150,000 sale of Hatred.com.   A name I told him would be difficult to sell because of the negative connotations.  He proved me wrong. Really wrong.  Here is the story of the sale.  (I have seen the signed paperwork and contract to verify the sale)

First of all, congratulations on the sale of Hatred.com.   It’s name that people might think is hard to sell. Can you tell us how much you sold it for and who you sold it to?

I bought the name for 4K a few months ago and sold the name for $150,000 to Milo Yiannopoulos – Milo is celebrity from the UK on the political alt-right. The guy attracts crowds wherever he goes.I found his email address using his company name through Clearbit. Clearbit is a plugin for Google Chrome and it is amazing!

How did you find the seller or was it an iquiry?

So I was shopping the name out of boredom one day. I had it on Namepros I think for 12K and was getting nothing. I think someone offered me $3,000 and I had a bunch of people tell me it wasn’t worth anything. I always liked the name and thought it had potential. Luckily, I am not a scared seller, I don’t have to sell names to make a living.

I did a Google search and found an interesting group called the Southern Poverty law firm. They out hate groups and help defend people against hate. I emailed hem and received a response right away saying they interested and how much. I threw $50,000 at them and he balked quickly. “Sorry, not interested,more than we want to spend”. I hit him back with “ If I put it at auction a hate group like the KKK or Stormfront may end up with the name, wouldn’t you rather own it. Its perfect for your brand”. Crickets. I ask what he is comfortable spending – shoot me any number, I 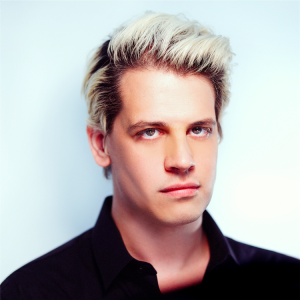 wont be offended. I get the same email “ We are not interested at this time”. Damn – I thought I had a sale.

I Google hatred again and see Milos name so I start clicking on links. After a few pages down I see that he just started a company and it was funded with 12 million by investors. He also has a book coming out! This is his comeback after having a pedophilia comment taken out of context and he was ripped in the media. Im thinking 12 million recent and a new book? I look up his site www.milo-inc – what kind of crap name is that? I have to have this sale, it is ripe in every way!

I find his address using Clearbit – bingo! Three addresses and one is actually his! I give him a major pitch about him being all about Hate and his domain name now sucks. I told him that hatred is his brand and now he can own it forever, owning this name will make it even more valuable if he decides to sell it.

How did the negotiation go. What was your initial price and their response.? Describe the process and time frame.

Did they want you to do an NDA?

They wanted me to keep quiet until the site launched on a gentlemans agreement – nothing signed. The site has gone through a few changes without a lanch. To be honest I have some people questioning my integrity and telling me Im lying so I am telling my story now.

What are your plans for the money? Reinvest in domains. Pay some bills? Give it to DSAD staff?

I gave Shane $10,000 for this, are you kidding me?   I paid off all of our debt, camper,credit cards,student loans anything you can think of. We had also just built a pool so we paid that off. That was the deal with the wife when I started putting thousands into the names instead of hundreds. First big sale paid off all the bills and now I can reinvest when I sell more. Its also good that I did because I was laid off yesterday. I am an IT manager and now Im not but I am in a great position financially because of that sale. I can take my time to find another job, maybe take the summer off by the pool.

Are there any other gems in your portfolio that are worth six figures? What is the next best name you own?

I like coldsymptoms.com and think I may start to market that – so many avenues it can take.

Womanssunglasses sold on my for namejet but the guy hasn’t paid – if I pull that back I will market that one as well.

Stamp.org and tents.org get traffic and looks but never any offers – those I may start to market also but not worth as much as .com obviously