Posted on February 4, 2016 by ShaneCultra

Since the time I’ve been in domain investing I’ve always wanted to be involved in the branding of a TLD.  I understand that dot com is king, dot net and org are queens, but after that was up for grabs.   I watched in envy the growth of dot co, dot club, and dot xyz.  I loved dot CC from day one but once Verisign bought it,  they left it alone for dead.  They had no desire to build it up.  Talking to the original marketing people who worked in the early days of dot CC, the only reason Verisign purchased dot CC was to eliminate competition for the other brands they owned.  And it showed.  Yet despite the lack of marketing, it still caught on in the Chinese market.  Because it was short, easy to type, could mean Chinese Company, and had a low holding/renewal cost.  I bought some names, sold some names, and made a little money in the dot CC market, but I had no control or voice in the brand. Every day I said, “I wish I owned this tld, I could make it HUGE” 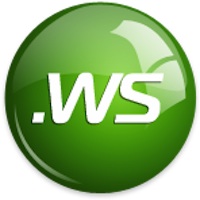 Then comes along the new Gs.  I love the idea, wanted to be involved. Even had a few strings picked out.  Problem was the cash. Didn’t have it and nobody wanted or needed me on their team.  I saw Daniel Negari and what he was doing was fantastic. At times I wasn’t sure everything he was doing was legit but the more I looked into it, the more I could see that he absolutely knows how to market. He simply was out marketing everyone and thus the success of XYZ.  It was something I wish I could do as well.

Then one day I get an email from a friend.  There is an older TLD, Dot WS,  is looking to “rebrand”, to become favored by the Chinese market. Actually it was another domain investor that came up with the idea and brought it to the table.  My first thoughts were “Of course they want to make a push for the Chinese market, who doesn’t want to be a favorite of the Chinese market right now?”  But I wanted to learn more.  At NamesCon I sat down with the owner of .WS  Alan Ezeir.   It was pretty obvious that Alan is a business person.  And a good one at that. He came from the success of the telecom market to purchase the .WS from Western Samoa.  He has had a lot of success.   At dot WS and pretty much everything he has done.  Most people don’t realize that even a smaller TLD can be very profitable.  But there was a bonus layer to the story.  Alan had held back all the numeric domains from 5 Numbers to 20 numbers.  Coming from the telecom business he felt that numbers were some of the most valuable in his portfolio.  Numbers were how people reached each other.  Now, Alan would admit he had no idea that the Chinese market would become what it has,  but it doesn’t matter.  He has the numbers and they hadn’t seen the light of day.   The other bonus was many of the LL, LLL, and NNNs were still left due to the high renewal rates.   The four numbers went quickly last fall when the Chinese market found them but there are still most of the names with a zero and four in them.

In my opinion there were a few keys to dot WS entering into the Chinese market, and/or create an aftermarket.  1.  The cost of renewal aka holding costs have to be low.  Success takes time and you have to allow the people that are willing to invest in domains be able to hold and wait.  2.  Major Chinese registries have to offer the domains for sale. 3.  The good names can’t all be swiped up by the guy with the fastest computer or own a registry.   4. There needs to be a showcase of people using the name and a stronger push to actual use of the name.

It already meets the other criteria that I think a string needs to be successful.   Dot WS is short, is easy to type on a keyboard (the W and S are right next to each other), and for the Chinese it is two consonants.   What .WS means to the Chinese or anyone doesn’t matter.  They will make it want they want it to be.  Maybe it will mean website.  Maybe something else.  Leave that to users.  It used to mean Western Samoa. It can mean anything the world wants it to mean.   That is for users to decide in my opinion.

Let me state, I am not the driver in the above.  I am merely one of the advisers.  There are some of the biggest and best domain investors and business people in the industry involved. I will let them tell you who they are if they so choose.  I will only say that I am very comfortable in the company I am with.  And I am in with people that actually listen to my opinions and thoughts. That is a first for me in this industry besides the my friends .  You don’t see me in DnJournal because I really haven’t been involved in the business side.  I am just a blogger to most and I hope to change that with time.  There were a few things I hoped to change before I would invest my money and more importantly my time,  before I would jump in. The first move was to drop the huge renewal price on the short LL, NN, NNN, and LLL names from $500ish a year to regular price.  In the $25 range.  That happened and is official.  The second was to lower the holding cost/renewal price on the other names.  It’s already very reasonable but the lower the better.  I have already worked with Nick at Nicked.net and he has the best rates in the business for .ws.  He has been selling dot .ws for quite a while and has always had been, and wants to continue, to give the lowest registration and renewal rates.  Especially if you are doing quantity  (if you are doing bulk registration you should always ask for better rates).  And The Big Dog,  Godaddy has started offering .WS registration at $4.75 but their bulk registration hasn’t been working too well and that’s how we met Nick.    Cheap pricing needs to happen around the world.  A major Chinese registry need to offer it as well to insure a low cost to entry and holding.

So what’s in it for me?    Of course money is a big one.  Having a voice is the other.  I get to participate in the regrowth of a tld. I get to learn things I didn’t know.  I cherish these types of things.  I become a better business person by being a part.  I invested in a little startup called WallStrip (sold for $4.5 million).  I invested not to just make money but because I was investing with the group of Fred Wilson, Mark Pincus, Howard Lindzon and a half dozen of some of the biggest startup people in the US.  I talked with those guys every week.  People would pay $10K to work with Fred Wilson on a weekly basis.  This is no different.  I get to learn about a TLD.   The bonus is there is money to be made.  Like all investments I put my money in something I believe in.  I purchased with Travis (one of teammates here at DomainShane) 1400 5N.ws .  We got them on opening night just like everyone else.  Not before anyone, just right after they opened.  I have purchased some other names in the TLD in advance at regular prices.  I was not given names for free but give “IPO like” offerings.  Actually the same price that they will be offered at on the release date of 2-22-16. I did this because I think that this ccTLD will grow.  I am going to be a part of making that grow.  There are a lot of things that need to be done to have that growth.  It won’t be overnight but I think it can be done.

This will take time and has to be more than just getting the Chinese aboard.  Most “liquid” names aren’t even taken yet. There are still 4Ns and most 5Ns left to be had.  Almost all the non pattern LLLL.ws are left.  Many the LLLs will be released to the general public. They will be around $500 but again will be a normal renewal.   And we will see auction of the NN, NNN, and even some NN LL as well. .   The aftermarket for .WS is small right now.  The good number 4N seem to fetching $100 plus right now according to a few of the people that own portfolios of NNNN.ws. Dot WS is being used successfully and I think it would benefit the tld if people saw how its being used.  And we all know a major player using it wouldn’t hurt either.  One step at a time.   Dot .ws has been around a long time but has silently sat in the background for a number of years.  We feel its time to dust it off.   For every new G that comes across and is specifically designed for a category, there is a need for a generic in my opinion.   What are the top new Gs (from a registration and aftermarket perspective) ?  Dot top and dot xyz.  There is a reason behind their success.

So thank you Alan for the opportunity to join the dot WS team.  Like everything I do I will be sharing the journey and all that is good or bad.  And regardless of outcome I will learn and I am honored to just be a part

40 Replies to “Developing a Brand: My Latest Domain Investment”