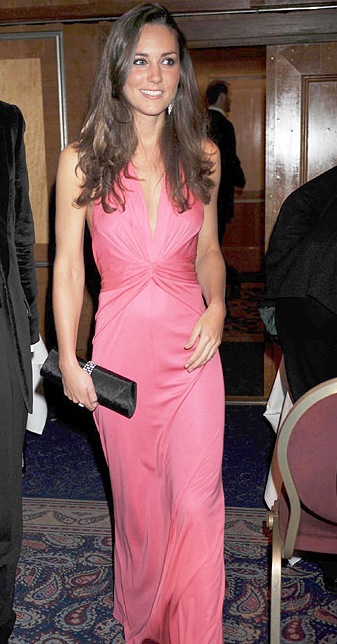 Unless you’ve been on a deserted island over the last weeks, you’ve heard that Prince William was recently engaged to the beautiful Kate Middleton,  effectively giving her the new moniker of Princess Kate.  Prince William’s mother, the late Princess Diana, proved that the world is completely enthralled with the monarchy in England but especially their beautiful young princesses.  Kate is soon to become the world’s most photographed and watched woman in the world as over 3 billion people are expected to watch the wedding.  While all the tabloids, tv stations, and magazines stand to benefit from the insatiable desire for the newest English princess, one man stand to gain more than any, Jon Griffey.  Jon has the fortunate luck of being the owner of PrincessKate.com

As a domain enthusiast the obvious thing to do immediately after hearing of the engagement was to find out who owns the domain PrincessKate.com and reach out to him.  What I found was a man that is just as lucky as he is smart. A man similar to myself that bought the domain for a site idea that never happened. Now he’s lucked into one of the most desired domains in England.  Here’s Jon’s story.

1.   Would you mind giving us a little background about yourself.

My name is Jon Griffey and I live in a small town called Haverhill, England.  It’s about 20 miles from the historic university city of Cambridge.  I am a regular middle aged family guy and I run a small business in my home town.  Life’s good.

2.     How long have you owned the name and were you the original registrant?

I have owned the domain princesskate.com for about 4 years I think.  I was not the original registrant.

All I can say is that I paid a fairly nominal sum for the domain.

4.     What made you want to own PrincessKate.com?  Was it to sell the name, put up a fansite or something personal?

Being a businessman my head is always full of ideas about the next venture – often about doing something completely different to my regular line of work.  I had an idea about perhaps writing some children’s books after being inspired by my young daughter (who is not called Kate btw) and thought I would get a suitable domain and start developing some characters.  On browsing for available names and ideas  I came across princesskate.com which had a nice ring to it and noticed that the website had not been updated for a long time and so I made them an offer.

However having bought the domain, being busy with other things meant that the idea never really got past the concept stage.  I have learnt that the biggest obstacle to getting a business off the ground or indeed succeeding in anything in life is getting over one’s own inertia.

It’s been one of those ideas that I have put on the back burner intending to return to one day, but deep down know that I won’t get round to it.

I have been hurt by accusations by some people this week that I am a Cyber Squatter.  I would remind them that that I have owned the domain for several years, long before there was any suggestion of a royal connection.  Also the original registrant had held it for some years previous to that, so it was hardly an opportunistic registration.

5.     Have you received any offers for the name?  What kind of price figures are you looking for?

Over the years I have had the occasional offer of a few hundred dollars.  Have had some serious interest in the past week.

6.     Have you ever thought about developing the site yourself and monetizing it?

What a difference a week makes! A royal wedding  means that Kate will literally be the most photographed woman in the world. There would seem to be some real opportunities to develop the site and I am considering all possibilities.  I would probably prefer to sell the domain and am open to offers.

I don’t think Jon is going to have any problems selling his domain.  The demand for all thing Kate is only going to heat up as the wedding date approaches.  If I were him I certainly wouldn’t sell cheap, I would hold out for a King’s ransom.

10 Replies to “He May Not Be A Prince But Jon Griffey Has a Princess, PrincessKate.com”