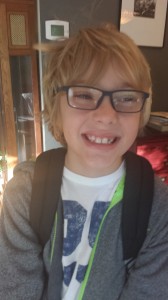 Aaron and I don’t ask for much on our site but once a year I ask that you support a fellow domain investor and friend, Alan Dunn and his son Alek in their annual Walk For Autism.  Alan has become a good friend over the years and there is only one center to his world and it’s not domains.  It’s his son Alek.  From watching to planes fly over beach in St. Thomas, to just spending time watching a movie, I know Alan cherishes his time with his son more than anything in the world.  And when something means this much to a friend, it’s the least I can do to try and help. Here is a summary of the event from the family.

Of course, without your help this would have never been possible so THANK YOU again to those who donated last year.

As promised, this is my only annual one time request for donations and I will continue to reciprocate donations if you ever send me a request. I promise NEVER to delete an email from any of you requesting a few dollars for charity and vow to support each and every one of you anytime you ask.

I know similar requests are often sent so I honestly have no expectations from any one. There are many worthy charities around. However, for us, this is one we have chosen since Alek was diagnosed with Autism shortly after we adopted him from Russia.

Alek is an incredible young man with limitless charm on anyone he meets but he still faces daily struggles with social skills, learning and many of the things most of us take for granted.

Autism has no cure so raising money for research and organizations who build community awareness of the challenges kids like Alek have, and provide services, is something I feel strongly about.

If you have an extra $5 or $50 would you mind donating a few dollars to this event?

It doesn’t matter how much. Whatever the amount it would mean the world to Alek, Kristin and I for Alek’s team to receive a donation this year.

Most of us know Alan and know he would do anything for anyone in this industry.  It’s the least we can do to give a little back.  I know many of you did give last year and it made Alek’s year with all the showing of support.  Hopefully we can make his year again this year.

The Donation Link is here – http://www.teamalek.com

One Reply to “Support Alek, Kristin, And Alan Dunn in Their Walk for Autism”