I got the idea for this article after reading Bruce’s article on Advertising Fail and receiving the fine Christmas gift from Rick Latona. As a brick and mortar business owner AND a domain owner I often have to cross back and forth from traditional forms of advertising to “guerilla” type advertising.  Knowing both sides of the advertising model has been very helpful to both businesses and opens up more avenues in which to promote.  As the websites grow I will be able to use our TV commercial and print design people to run TV and magazine ads. As the brick and mortar customer base grows, I am able to use more unusual forms of advertising to reach different target markets.  Here is a list of 10 forms of “advertising” I’ve used in the past to try and bring attention to either our business or website

1.  Sponsored the fastest runners in a 1oK

The plant and nursery business is a healthy industry so I worked out a deal to pay for the entry fees and gave shirts with our logos to what I thought would be the fastest runners in several age groups.  A race with several thousand runners and twice as many spectators gave us a good audience.  When the winners came up to get their medals people noticed that they all had the same shirts on.  Worked well

2. Donated funny prizes to website in exchange for promotion.

To generate buzz for a  money making website I owned I gave a much larger website a prize to give away consisting of $50 American, 1 Million Zimbabwe dollars, 10 Pesos, 10 Canadian Dollars, and a 1992 Pro Bowl ballot.  The unusual prize drew a lot of attention.

During a slideshow talk/presentation, every 10 slides I put in a semi embarrassing photo of myself doing something silly with our website at the bottom.  I replied with “oh my that’s really embarrassing, how’d that get in there”  Not only did it keep their attention but it drew laughs and they certainly remembered my website by the end. Worked well, bothered the very serious members of the audience

In the old days if you knew a power digger you could get on the front of digg every day.  Once it was on digg it was on reddit. Getting 100K uniques a day was a piece of cake.  I won’t say what the websites were but it would be similar to the sites we wanted to promote.  For the money site we would do a site like (not the real site) nakedladydollarbillsdrawings.com and pretend like we had a full website full of found dollar bills with naked ladies on them.  A few of the sites lasted and became real sites but we always pushed traffic to the older more “refined” sites.  Those days are over but it worked well at the time.

5. Used kittens to pull in the “how cute” crowd

For a TV commercial I did the whole commercial surrounded by kittens and put tuna fish juice from the can on my pants and hands.  For the entire 60 seconds I had 6 cats licking my hands and legs.  My Dad thought it was local and hokey looking but 13 years later I still get recognized around town as the guy with the kittens in the commercial. 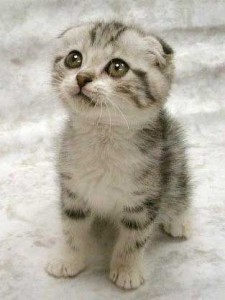 I’m not real proud of this one but it really really helped the website.  I had a friend write a script that would use proxy computers to vote for my site as the best in its category in a MAJOR publication’s “Best of” contest. I sent in over 50K votes for my site, all from unique IPs and had them slowly stream in.  People had no idea what my website was when I won but assumed I must have a very loyal following.  If it makes you feel any better I didn’t post any badges proclaiming my victory

7. A Mysterious breakdown of our large box truck

We have a huge van type truck that is completely covered with our logo and information. We had the graphics put on because it was used for deliveries daily and made a great rolling billboard.  A billboard costs 3-4K a month so paying 5K to have the truck decal-ed was an easy decision. I’ll often pay a driver to drive around the mall on the weekend or busy events but one weekend I went a little further.  The competing business across town was having a big sale so we decided to pull in the parking lot and get a flat tire.  Not a real flat tire but one of the summer college kids had the idea so I let him do it.  He drove the big truck, let the air out of the tires and went shopping.  He was in there for an hour or so when they called out of the microphone for someone to move the truck.  A few hours and a few laughs later and we took the “billboard” home.

8. Entering The 4th of July Parade

After sitting and watching with thousands of my fellow parade watchers, I thought to myself, what a great advertising platform.  Thousands of people doing nothing but starting at your float. So the next year we made up 4 floats for 4 neighboring cities.  I gave each division a float and offered bonuses to any division that won a prize in the parade.  Total costs under $1000, less than two ads in the paper and two floats won 2nd prize and HUGE trophies that we proudly displayed in the office.  One of the best things we did.