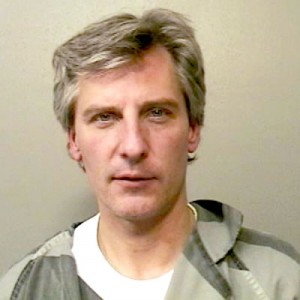 Part of my job at the nursery is to do media events.  As I’ve stated in the past I am on a TV show and occasionally, like this week, I host.  I also work for (non paid) ABC as their ‘garden guy” each week on the news.  It’s great for business and also good practice of my ever evolving public speaking skills.   I am completely comfortable in front of the camera and can give a speech as easily in front of 50 people as in front of 10,000.  I prefer large groups but I’m not quite a big enough draw to speak in front of any group larger than 500.  This past weekend I was asked to give a speech to lead off a Home Improvement speaking series at Assembly Hall at the University of Illinois.

The main draw of the show was Doug Wilson, best known for his role on the TLC show Trading Spaces.  He was to be a big draw because he was born and raised in a small town in Central Illinois and went to University of Illinois.  Since he left he’s become a star of stage and screen and they hoped he would bring in the people…….and he did.  My job was to open up, give a little presentation and get the crowd ready for Mr. Wilson.  The crowd was light, They were obviously waiting for the main event and didn’t bother to come see little ole me.  I pretended that my speech was bringing in people from off the street.  I dreamed they were saying “Hey, there’s a guy giving this incredible talk over at the stadium, we need to catch it before it’s done”  The crowd was 4 times the size at the end as it was in the beginning.  Despite my thoughts, it wasn’t because word got out but rather they were getting ready for this TLC guy.

I wanted to be better than him.  To use my charm and wit combined with my love of the stage to impress all that came.  “Wow, that guy deserves a TV show” or “I thought Doug was good, this guy is incredible”.    I finished my speech doing everything I could to not remind the crowd that Mr. Wilson had gotten a DUI 18 months ago and was driving with a suspended license.  I wanted to blurt out  “Anyone know which guy on stage right now has never had a DUI?” I would raise my hand and the crowd would go wild. But then Doug started his talk.

He had the grace,  charm, and talent of a man that had been on Broadway for 15 years.  They came for a show on home improvement yet they got a biography and a broadway show and they loved it.  He sang, he danced.  He started off the talk with a little about  himself, filled in the middle with a little about himself,  and ended it all about himself and the crowd ate up every minute of it.  I didn’t have a shot.  He was a polished pro.  A man that lived for the crowd and a local crowd that lived for the man.

Doug didn’t say one word about how to improve your home, only about how to improve your life.  He reminded everyone that it doesn’t matter where you start out.  It only matters where you end up and he ended up in New York and Hollywood.  A place where most dream of and yet this local boy made it.   I learned a lot this weekend about public speaking.  It’s not always about how well you deliver your information.  Sometimes you are paid to deliver information, other times you give a talk about what they want to hear.   Part of giving a speech is entertainment value.  It’s not always delivery of facts but rather combining facts and info with fun and excitement.  Evidently Broadway is a good way to train for this.

The highlight of my day was when I finished my speech, Doug was standing there.  I came off the stage and he stading there.  He looked up, walked right past me, never acknowledging me or making eye contact.  Merely, breezing by with his stadium assigned bodyguard.   I thought to myself, “at least I’ve never gotten a DUI”

2 Replies to “A Word of Advice. Never Open Up For Singer,Dancer,Magician and Star of Trading Spaces”