The Daily recap of Shane’s Auction Picks, the 19th of January

Yesterday’s Average 4L Chip Sales as listed on Namebio.com and LLLLsales.com was $2,200.72

I missed most of these Yesterday. I even had the ones I liked saved in my new Godaddy “Investor” ios app. Has anyone else downloaded it? I’ve played around with it a little bit, and it doesn’t look like you can search for names or add them from the app, you can only track and bid on names you have on your watch list or that you have an active bid on. It’s an ok idea, I’m not sure why they didn’t just fix the other app.

It seems like you should be able to interact with auctions a little more with it, instead of going back and forth, but I’d rather have 3 app’s that work instead of one that doesn’t. I was tracking the 6n’s beginning in 8 until about 4 hours before they ended. I was gonna put some bids on but lost track of time. I used to have the alert set up where I’d get a text an hour before the end of the auction or if I was outbid.

I did that until I started trying to watch lots of different auctions and my phone would spit out hundreds of texts for 4 hours straight. You can’t get anything done with that amount of texts coming in, so I turned it off. That’s the next thing Godaddy, let me determine which auctions to alert me on and which I want to passively watch. 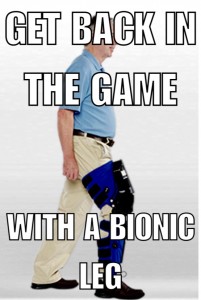 D5.net  A two character dot net has proven to be a good investment over the last 5 years

RPX.net    15 years old.  In the stock market X was used to fill space in an acronym.  My trading badge names was SXC.  They called me “Sexy”

3,222 USD or was it Exchange Shane maybe Shane Exchange

PoliticalHardball.com  No bidders at $35.  Pretty commonly used term.  Good for a political blog or site

? I have PoliticalRant.com PoliticalDrama.com and Politicist.com if you missed this one and wanna get into the political game.

Bendee.com  Doesn’t pass the radio test but short and cute sounding brand for $12.  No  bidders

? I can see it selling as a brand. Maybe an as seen on TV product. The Bendee all purpose CAR reclamation tool, Lost your keys? Need to borrow a friends car? no problem! The Bendee gets you where you need to go for only $19.99, but wait there’s more…

1465.net  I shouldn’t have ignored the 4N.nets back a few years ago.  They are now more than the 4N.coms were back then

SomePoker.com  No bidders.  Nobody is buying poker names anymore.  “Wanna play some poker? SomePoker.com”   There is your slogan

Yize.net  This is doing better than I thought but look closely and you can see Yi Ze which explains a lot

? are we not tracking these anymore? 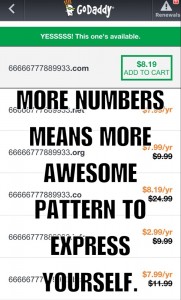 1,300 USD ahh I love seeing the 7n’s sell. It’s music to my ears. I think they’re better than shorter numbers. I feel like you just can’t say what you’re really meaning to say with six or less numbers. You need to have room to let the number patterns flow and speak to you.  Speak to us, 7, 8 and 9 number .com’s.

FMFM.net  One of the best patterns you can own

TUUN.com  The double vowels used to be hot.  Now they aren’t.  Funny how things change

? The results have escaped my grasp today. I may just start guessing on what the price ended up being.

96919.net  Not sure if people are buying these or just watching.  But somebody is buying because this will sell

40368.com   Josh says buy the 4s and 0s.  They are going up faster than the others because people always overlook them

? So there’s no pattern 4’s and 0’s that I think get intentionally passed over for awhile, they eventually come around and there’s good value because you picked it up for nothing as some point.

And then there’s stuff like this, that gets overlooked because of the 4’s, I will take 88 especially on the ends with anything, and then there’s the 4 that adds positive meaning. Pattern Trumps the 4.

Take 4.cn, I know I’ve talked about this before. So that’s the ultimate pattern, 1 character. The domaining minded owner decided to build an auction platform on it, because of the pattern. Everyone can say how horrible the 4 is, but there is no way anyone would build a successful business on a hated number and word if it really wasn’t that bad, or at least the badness is trumped by something, like pattern loving Chinese, thus rendering it no longer bad.

If I was building a site to highlight puppies, babies and unicorns or even a domain platform, I wouldn’t name it Douche.com just because Douche is one word. During the live Sherpa review they talked about Kinapped being a name that they didn’t like but that had value, but again you wouldn’t use it as a brand that you were building as a marketplace. The point is, there would be no customers to 4.cn if it was bad, unlucky and cursed. We simply don’t understand the culture enough and half the time I don’t think the Chinese are very clear on what’s good and bad. So we take the examples that we have. From everything I see the 4 is “bad” until it’s not, then it doesn’t matter or it’s good.

8c2.cc   If its getting $400 plus bids in the dot com it makes sense these are getting bids in the .cc

I would have been happy if I had bid on anything.

Gazebos.com   Nice name but you also get a website with the domain purchase