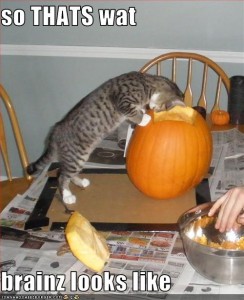 Everyone knows of Icanhazcheezeburger.com and failblog.org. What many people don’t know is that Ben Huh the face of these sites and the Pet Holdings Inc, is not the founder .  He bought them.  He loved the sites and got funding to buy them.  After the purchase, he has since used the traffic to build 20+ more sites with more that 12 million uniques a month.

To me the story is not just the incredible business that was built but the fact that Ben saw something, realized it’s value and acquired it.  You don’t necessarily have to be the person that bought the domain or started the site to achieve your goals.  There is no shame in taking someone else’s ideas and taking it to the next level.  Too many people say, “I can do that” and set out

to try and replicate the idea.  Many times it can be done and done better but just as many times you can’t beat the momentum and originality of the original business. Icanhascheezeburger is a site name that would be blasted by domainers as being too hard to remember and too long,  yet it didn’t matter.  There was nobody doing what the site was doing.  Ben knew they had something that catered to all types, especially women and nerds.  The exact demographics that advertisers are looking to target.  He also realized the mad traffic could be used to create a network of similar sites.

How he makes money and grows his business is certainly interesting but I respect him most for have the balls to go out and secure $2 million dollars to go out and buy a website of pictures of cats with childlike comments on them. And as they say “Da West is Histowee”