Last week we did an overview of my experience with Brandbucket and some of the things I’ve learned. I’m going to separate the Brandable content out of the auction recap so it’s easier to find and build off of, as we learn more and build our knowledge. I think this will help us all finetune a brandable strategy that works best for us. Hopefully people will comment and give input on things they have learned and knowledge they already have. Keep in mind that this is only my opinion based on my experience, I could be have way off on some basic things. In any case we can all learn from this process. 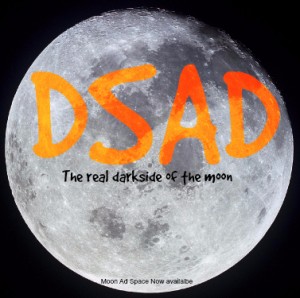 I’m going to focus on my brandbucket experience,  because that’s what I know. I’ll take a few things from their website, so we better understand and correlate what we learn with what they accept.  If we are going to target BB as our sales platform we obviously need to buy/register names that they will accept.

That’s not to say that other names we own aren’t or can’t be great brands, just that they don’t line up with what BB is looking for. I think that most of these principles will apply to any sales platform.  I’ve never listed any names on the other Brand type sales platforms.

No matter what type of brandable name we choose, (words or fake words) we need to understand the metrics that make them good brands.  In general BB breaks this into 5 categories which they score internally when accepting or rejecting names. They give each category a score of 0-10

Say the name 5 times in your head, then say it 5 times out loud. Can you see the name just by thinking about it after a minute? 5 minutes? Brands need to be memorable for obvious reasons. One of the biggest marketers for any company, are the current customers. If they love your product they’ll tell their friends and family about it. If the people they tell can’t remember the name then they lose out on this huge stream of free and effective advertising.

What makes a name memorable?  I think some of these categories run together, but to me a memorable name can be a lot of different things.

Mindshare is probably one of the best things a name can have to make it memorable. If it’s a word or phrase that is commonly used it’s more likely to stick with a person. That doesn’t mean it’s the only metric that matters. Remember that the best BN’s score high on all of these metrics. Remember Mary Poppins? I still remember that stupid word supercalifragilisticexpealidoucous. I don’t know if I spelled it right, or what it even means, but it’s the first thing I think of if you asked me to say the longest word I know. I haven’t seen that movie in at least 25 years, but I still remember that word. It would make a fricken horrible brand, despite the mindshare that it has.

With BN’s, mindshare could be used with word domains, phrases or made up words that resemble other words or industries.  For example substituting a Z for an S, a K for a C or an F for Ph like in Photo. Also adding a prefix or suffix to a well known root word can give the name a certain level of basic mindshare. That simply means that when a person sees that name they automatically associate it with something.

Keep in mind, just because a name is a well known thing or phrase, doesn’t mean that people can’t be retrained to think of it as something else. Apple for example is a Keyword brand that was re-appropriated by brand experts and marketers to mean something completely different. In the beginning the name had mind share, but only as a fruit, this made it memorable.

There are other things that can make the name memorable. The length of the name is certainly an important consideration when determining how memorable a name is, there are cases like the one above where the length doesn’t seem to be a factor.  That’s one reason the Chinese love short domains, with letters that aren’t even from their native language. C.com or CX.com could mean anything, but is really easy to remember.

Associated with the length are sound and symmetry. I don’t know if symmetry is something BB looks at in evaluating names but it makes sense to me and here’s an example. I recently sold opoqo.com on BB. Forget about what is sounds like spoken  for a minute, and just look at it. Would you look at it? Go ahead and look at it. I think I could remember that name pretty well without ever saying it out loud. The shape is perfectly symmetrical, you could fold it in half and it would match perfectly. To me that’s a good way to make your brand memorable.

It doesn’t sound bad either, and that’s another thing that makes a brand memorable. Pronounceability can be looked at in a couple different ways. Certain sounds can have certain connotations that are intrinsic to the sound, depending on the intended audience. For example if we hear a harsh sounding syllable we’re probably not going to associate the name with, raindrops on roses or whiskers on kittens, but maybe if the audience is German that harsh sound might be associated with brown paper packages tied up with string and unicorns,I don’t really know. The point is that the tone of the syllables can have a lot to do with a certain feeling that the brand is trying to project. We want brands with sounds that compliment each other. Usually the less syllables the better but not always.

In addition to the syllable tone and connotation, I think cadence is an important memory making benchmark. Cadence can be used to make completely random number and letter domains more memorable, 8675309, 867530 nyee-ine. or GBDB as opposed to XCPQ. GBDB actually sounds pretty cool.

It the name capable of this? Is there something about the name that would easily lend itself to virality if associated with appropriate content?

I need to explore this more, I don’t really have a good handle on what would give the name virality.

You want your brand to stand out in the crowd. If it’s too close to some other brand or product people will get confused. You can have a great made up word domain, but if it sounds or looks like an established brand you’re going to have problems. Not only will your message potentially be lost to the other company, they might sue you for infringing on their intellectual property. Again this is just how I understand it.

This metric measures how simple the name is. You see what I did there? I used the word in the definition. These metrics play off of each other but are also their own measurable thing.

Does the Brand match the domain? Is it preferably on a .com? If it’s not on the .com are there minimal or no other variants to remember. Every time there’s a variation from the norm to make a name brandable, there’s a chance that traffic will be lost.  Good BN’s reduce the amount of variables to a max of 1. So something like a 2 word domain probably won’t work if both the first and second words are modified, or if there’s a modification to a word and it’s on any other TLD than .com.  Remember these aren’t laws they’re just principles.

The BB website has an a great example of brandability. They use Google as an example and compare google to SearchEngine.com I think. While SearchEngine.com is pretty much the category, you’re stuck with being just a searchengine and nothing else. There’s no room for the brand to expand or be anything else. They make a good point and say that if google would have gone with SearchEngine, it never would have become the brand turned Verb that it is today. Where’s America Online at now days? I actually have no idea what happened to them, but yahoo and google are still around.
So that’s what I see as some of the basics principles of BN’s. There’s always more we can add and learn. That’s it for now. If I was at all organized I’d tell you what the next topic will be, but I’m not, so it will have to be a surprise.