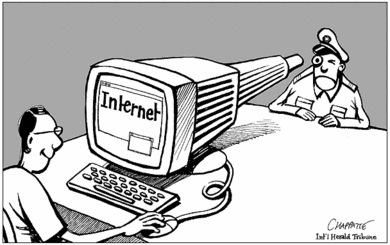 As of Monday, anyone applying to register a domain name in China must present a company chop and a business licence, the China Internet Network Information Center, a government-backed body, said in a statement. Internet Service Providers now have to review all their clients to see if they are being “harmful”.  By harmful, they mean things such as providing pornography or anti-government activity.

Over the past 10 years, Chinese citizens could simply apply for a domain name on the internet at their free will.  Starting this week, it is going to be much more strict with a new application process being added.  China has been relying on ISPs to help regulate and censor the internet but as of late, has struggled to gain control due to the influx of social media generated content. This resulted in the banning of social media sites such as YouTube, Facebook, and Twitter earlier this year

Last week, the State Administration of Radio, Film and Television closed down a number of video sharing websites, citing copyright violations and lewd content.  Three thousand people were also arrested for the distribution of pornography. The latest measures has caused unrest but the government takes the side that the internet itself is the generator of unrest.  It allows people to gather and organize against the government.

Looks like domaining in China just got a little harder and the “Chinese adult names for sale” category on the forums just went silent.