Below is another look at a few recent domain flips and flops, with data courtesy of NameBio.

20.com sold for a reported $1.75 million recently, vs $75,000 on 2006-08-22 via Sedo. Congrats to seller Jason Calacanis, who has said he turned down up to $3.0 million in the past. There were of course lots of opinions voiced on his sale. A $1,675,000 gain before any commission. There are plenty of sales we’ve profiled here that are greater than this 23x return, but you won’t find too many with a greater return in gross dollars.

BankruptcyCourt.com sold for 1,211 USD recently at NameJet, vs 670 USD on 2016-04-11 at NameJet. Not a monster return like some of them here, but still 50% after commission in a year…..buying and selling on the same platform.

Tread.io sold for 7,000 USD recently via TLDPros.com, vs 104 USD on 2016-12-26 at Park.io. Example #2 of .io staying strong…….a 57x return after commission. The domain is a shortener for TreadConstruction.com, based in Toronto, and you can see a screenshot below. They’re working on an invoice processing solution for the construction industry, “The construction industry has a reputation for being one of the last to embrace technology. But there are signals that might be changing.” 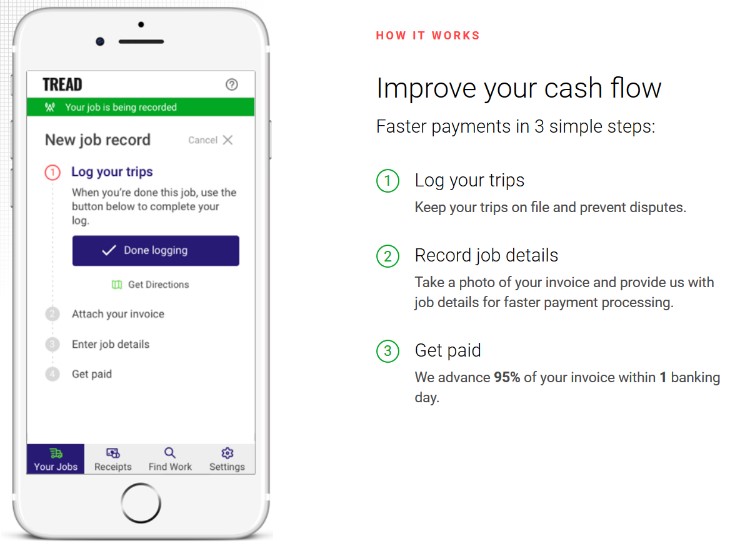 HobbyPlus.com sold for 760 USD recently at DropCatch, vs 7,500 USD on 2015-02-08 at Uniregistry. Someone spent $7,500 buying a name from Frank Schilling, then dropped it a couple years later. They used to have it directed to DronesPlus.com, and that domain forwards to the developed DronesPlusDallas.com. “Drones Plus Dallas is the only drone-specific store in all of Texas.”

Note: I didn’t do an exhaustive search of the ownership history of each domain. There are likely cases where there were multiple owners between the sales prices I list.

You can find past Flips and Flops posts here.