In my opinion (of course this whole darn thing is going to be my opinion) the domain community has broken up into three sections since the onslaught of the Chinese controlled market.
.
1. Those that are in daily participation. Watching daily sales pricing, buying and selling, and staying in the short numeric and letter 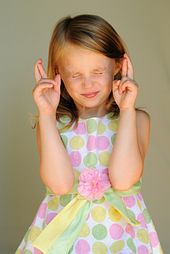 2. The second group sees it as pure hype and pump. That it is being participated in and by those that have a vested interest. That the sales and prices have no reasoning behind them and are doomed to crash. A lot of “be careful” have been thrown out there.
.
3. And finally there is a third group. This group wants to participate, is trying to participate, but is a little late to the party and is leery about paying so much for things that were so cheap a year ago. They don’t quite understand why everything is moving so quickly but don’t want to be left behind. It’s killing them to watch all this money being made and not to be vested somehow in the run up.

I’ve said it a hundred times, the great thing about investments in general is you don’t have to participate. It is totally up to you whether you put your money into a domain. Hyping absolutely goes on. Pumping goes on every day. There isn’t a blog or a writer in this industry that isn’t effected by outside sources and/or money. As a reader you have to understand that. I’m not saying we are all bad or dishonest, I am saying that we talk about what we love, we talk good about the people we like, and we generally avoid talking bad about things because it is a small industry and we want to avoid burning bridges. We all get something out of our blogs. For some it’s money, for some its a voice, for others it’s therapy. But it is all done for selfish reasons. Nobody in this industry is spending 3 hours a day to give back to the community. I say all this because we have to get that out of the way. To get past the pretending that every single post written in the domaining.com wasn’t written for purpose. Now we can get to the data.
.
If you want to learn more about the “new” domain industry then you have to look for real data. The sales results are going to be 95% real and 5% fake. I think the 95% part gives us enough info to be real. When an obscure name or an obscure tld gives an out of the normal result we should dismiss it. Raymond Hackney did a great job pointing out that the recent .biz domains that appeared sold for incredible prices were indeed fake sales. That is great data and great reporting. What made them all believable was the quantity of data. It wasn’t one or two names. It was quantity and that is more believable. We need quantity of data. Similar types, repeated sales, to get a true picture. The If a domain article is written and includes “I sold this (or someone sold) or that for $XXXX” and it doesn’t include the name or the price. It never happened and should be ignored in my opinion. If you can’t give real data then it is a campfire story and you might as tell it with your hands and speak slowly so the kids get excited. Because it is as good as made up.
.
And I have done my homework. There are a lot of real sales. Real money being paid for real domains. It was all predicted by someone. (Ok maybe not all the alternative tld NNNN buyouts) I have talked about numerics and shorts, and their rise since 2010. None of this talk is new. The difference is they are flying in price now. I have been a short domain investor for my entire 7 year domain career. I think short is memorable. Even numbers. Ironically all those 5 letter domains I bought 5 years ago have grown in value but are not nearly as liquid as patterns. You get some right, you get some wrong. Shane Bellone talked in MAY how he thought that 6N.coms were going to really rise in value in the near future. That gave everyone plenty of time to buy 6N.com and make $20K easy if you believed him. If he invested in his thoughts he too made a lot of money. Six weeks ago, a group of people and I thought that investing in 5 letters Chinese patterns would return a profit. We didn’t think we were going to be millionaires but for a few thousand dollar investments we had a chance to make it back. Even if we had to renew one year. We talked about why, got data each day on how many were registered and finally pulled the trigger. We bought a few thousand out of millions. We certainly had zero chance of moving the market. You know how its going now. Once I saw the switch to Chinese letters I realized I needed to realign my portfolio of LLLL.coms. You could watch it change in my footer at Namepros. Every day a vowel name went off and it changed to a consonant as I bought more and more. I wrote about the 5L.com investment several days after I bought them. Some would claim it was pumping. I wrote it because I share everything I buy. Always have. My portfolio is an open book for everyone to look at. You can look at my blog for 7 years and see what I ‘predicted”, what I bought. It is all marked in post. That is what I think is necessary to be taken as legit.
.
I see shorty domains going higher. I don’t own any 6 numbers or greater. I sold off my numerics to buy keywords. A big mistake in hindsight but I was adjusting my portfolio to the one word dot com which I feel will always be a good long term investment. Not as quick but I know I’ll be fine. Now, I only own 4letters and 5 letters. I have for 7 years and that didn’t change. The big change is I put in $40K to adjust my portfolio to the change in wants. That’s how domain investing works. You keep adjusting. Because this has nothing to do with you. Maybe Oliver, Yoni, Drew, and few others can change a market but you and I can’t. We have to adjust to what others are doing. To try and use our brain and our data to pivot when domains pivot. We have to pick which of the three categories we want to get in. And if we choose to sit on the sideline and watch others pivot then we should cheer them on. Money in the domain markets is good. All money. Just don’t boo when the money goes in someone else’s pocket. It’s not becoming.