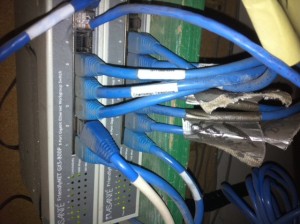 You spend weeks, months trying to set up the perfect website.  The landing page is the stickiest you’ve ever seen and the beauty of the design brings tears of joy to everyone in the company.  And yet your host can screw it all up if your site drags just a few seconds.

Acro so kindly posted a comment that my site sucked because it was slow and he was right.  Something was certainly going on with Media Temple, my host.  I have been with them for years and they have always done a fantastic job.  Like any host, their first response to every inquiry about site speed is something to the effect of “your site may have too much java or calls to the server on the landing page” but I know this isn’t true.  I used to have a site that would get hit by Digg and Reddit and easily handle 20,000 hits and hour with blazing speed and no wordpress cache.  Little DomainShane can’t handle 100 an hour?  Some might say it’s because I have a shared server package as the reason my site was slow and they are half right.

There is no reason a shared server can’t fly if you have only a few sites on your portion.  Like I stated before, it always had, even with 100 X as many hits.  But something changed over the last month.  The site was getting slower each day, culminating with a brutally slow weekend.  I started looking for new hosts but thought I would give them one more chance.  I simply said to the “higher ups”, “Would you find the load time on my sites acceptable if it were your own?”  There answer was a well put “No, we’ll fix it”  It took 12 hours and 8 back and forths but they found out the answer.

One of the customers I was sharing my grid with had ramped up the read/write to his sites over the last month.  They were increasing exponentially to the point that this weekend the server was bogged down and as a result, my sites were bogged down as well.  Originally they thought it was an attack on the server but then they realized the source was a site within the grid making the calls.  At first they blocked the calls but after they realized the source, moved it off my server and BAM!, my sites are back to speed, not fully,  but getting better every hour.

The old saying is you get what you pay for and generally, it applies to hosting as well.  In reality it all depends on the scale of your site.  To pay more than $20 a month for less than 10 low trafficked sites is a rip-off in today’s world.  That doesn’t mean that all hosting companies give you good speeds for that price, it just means it’s possible.  I personally am looking for the best blog provider with 1 click wordpress install.  I can find a very cheap vpn and cut my costs in half but I have to build my own control panel and I’m just not techy enough to do it so I don’t mind paying extra for it.  But I’m still moving to a dedicated server anyway.  Why?  I want more IPs and it will be even faster.  I want my sites to blaze.  I also want my network of plant sites to be across various IPs for Google.  They don’t like to see a ton of sites, all on the same IPs, linking together.  It screams spam.

So as usual, I learned a little more this weekend. I also learned that everyone thinks their host is the best.  When I discussed with friends my issue, the first answer was “You should try my host, they do a great job”  Which is always true until they don’t.  Every host has issues.  Pick the host that will fix them in a timely, well communicated, manner.

11 Replies to “Gone In Three Seconds: All Your Effort Is Wasted If You Have a Bad Host”