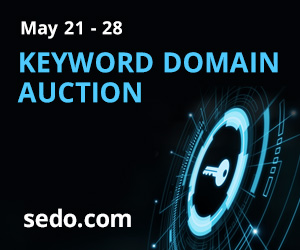 It’s one of the most difficult things a business owner deals with.  How do you get your employees to care about the company as much as you?  First of all they won’t, they aren’t the owner.  Once that is clear it becomes an issue of trying to get them to enjoy their job and have the desire to do a little more than the general job requirements.

Not everyone is driven by money.  There are many different types of employees so what makes one employee fulfilled may not be the same thing as another.  As an owner it takes time and effort to figure out what drives each person and keep that hanging in front of them.  Some it’s money, some it’s flexible schedule, another may be just giddy over you letting them take a late lunch every day to go let their dog out.  I realize there is a job to be done and you can’t appease everyone but putting in a little effort to drive a talented employee is well worth the time.  I also realize a happy employee still doesn’t always mean they care.  There is one commonality in employees.  They all want a purpose and to be needed at their company.  Most like some form of structure and want to stay busy, if only to make the day go quicker.  You can feed on these basic needs to create an employee that cares. Here are a few things I think you can do to help them care a little bit more.

1. Create an “Error” account.   Everyone makes mistakes, it’s human nature.  Put some money in an account that is tied to a measurable action.  An action that if it takes place causes money to be lost.  Figure out how many times you can accept that action to happen and tie a dollar amount to it.  If it happens you take the money out of the account. If all goes well and there are few errors, they get to keep all the money.  If they screw up then they get nothing.  Approach it in a positive way.  “If you are error free you are going to get this amount of money”.

2. Give Out Half Day Off Coupons:   “An action rewarded is an action repeated”  I was in a management session with an owner that handed out half day off coupons to employees that went above and beyond what he expected in a given time period.  Officially it fits into a monetary reward but I find there are just as many people that think time off is as valuable as the money.  Others would love the time off but they can’t afford to take a day.  An employee who feels their company appreciates their extra effort is more likely to care about putting it in.

3. Make One Person Responsible:   Sounds easy but it’s surprising how many companies play the “group effort” game.  The group will allow people to put the blame on someone else for lack of production.  In general, people love responsibility and are empowered by the chance of praise and reward.  This doesn’t mean one person has to do it all.  On the contrary, you can still form groups but divide up the responsibility so individual parts are given to individual people.  It also make it easier to spot the person that isn’t putting in the effort.

4. Switch jobs. Once or twice a year have your employees switch jobs for a day.  Make the job as completely different from their daily tasks as you can. Make the marketing guy the courier.  Put the order puller in tech.  You have to be a little careful for your customer’s sake to make sure you don’t let the company slip too far and of course the order puller isn’t coding. It gives people a chance to see how difficult other jobs can be.

5. If you allow employees to buy stock in the company, match it. Encourage them to invest by giving them double the money.  Again, a simple act but one that many companies are no longer doing.

6.  Keep things in house. You may be surprised what your own employees can create.  Outsourcing is the rule in today’s business but nobody knows your company like your own employees.  I used to have other people do my ads but turns out I have someone here that produces a better print ad.   Have a contest to find out.  You don’t have to use it and it will give the employees a chance to show their hidden talents.

7.  Get rid of those that don’t.  One lousy employee can ruin an entire group.  No matter how valuable, dump them.  It may be hard in the beginning but most of the time the surrounding employees will pick up the slack just because they are so happy that person is gone.

4 Replies to “How Do You Get Your Employees to Care? Here Are A Few Ideas”