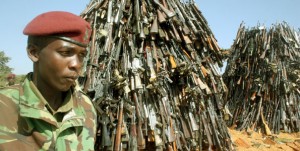 I’ve been pretty hard on ICANN over the last few years only because I just don’t feel they look out for anyone but themselves.  To prove they don’t look out for anyone, they’ve decided that Nairobi Kenya would make a nice venue for their latest meeting.  According to Rod Beckstrom “Security is a concern for every country but Kenya has its own security issues to sort out,”.   “The guns and security issues make the meeting exciting, dangerous and add a “buzz” missing from many corporate meetings”  OK the first quote was real and the second I made up,  but you get my point.

I get the fact that this is a big world and that ICANN has to represent every country and continent , but hosting the meetings in countries that offer safe travel should be a prerequisite.  According to ComputerWorld, people are having joint meetings in other cities to coincide with the meeting but in safer venues.  Of course ICANN doesn’t acknowledge the other meetings and despite 90% of all revenue coming from North America, used the meetings in Africa to show support for the up and coming African Internet system.  All 4000 users (just kidding).