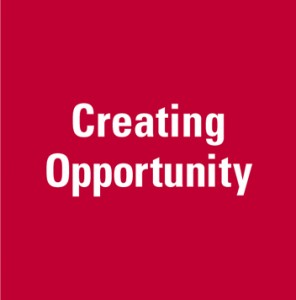 The next time you pick up a penny, take a look at it. If it is dated 1982 or before, the penny you are holding is actually worth $.024, or 2.4 cents, or 2.4 times it’s street value. Pennies dated 1982 or before are 95% copper compared to those 1983 or later which are made from mostly zinc. Due to the rising prices of many metals such as gold and silver, the price of copper has also increased making regular 1 cent coins actually worth their weight in copper, or $.024. So what does this mean? To you and me, probably nothing. But there are a small group of people out there that view this as a tremendous opportunity.

Right now it is illegal to melt down US pennies in the United States and a strange law prohibits persons from taking more than $5 in pennies out of the country at a time. However, as you may have heard, the US penny may soon be disappearing due to the fact that it actually costs more to make a modern penny than a modern penny is actually worth. If this legislature goes into effect, it will then be legal to melt down US pennies. Because of this speculation, there are folks out there collecting pennies dating 1982 or before, some of them on a massive scale. A company in Portland has over $200,000 in pennies at face value and sells $100 worth of pennies on Ebay for $175.

The point of this isn’t to encourage you to go through your change jar. It’s to show you that opportunities are out there, some to make you a lot of money, but sometimes you need to look a little harder or read between the lines to find them.

When Shane announced quite a while ago that he was interested in finding a partner to write for the blog, I immediately emailed him and gave him my best effort at being humorous but serious at the same time. I didn’t know Shane but I wanted him to know I was interested. Shane replied and one of the first thing he said was ‘you’re not going to get rich here’. I immediately replied and told him I couldn’t care less about the pay, I want to write for the blog because of the opportunity.

A lot of people might look at that and ask ‘what opportunity is there in writing for a blog? you write some articles and people read them, that’s it’. I viewed writing for the blog as a way to get my unknown name out into the domaining community. I viewed it as a way to converse with and learn from a very well respected and successful domainer in the industry. I saw it as an opportunity to better myself both in business and as a person.

I’ve been writing for the blog for quite a while now and have given it my most solid effort. The opportunities I foresaw back when trying to convince Shane to give me a shot are now starting to come through. It’s not just with domain sales, but with other potential  business opportunities and meeting some really great people. None of it would have been possible without seeing an opportunity where many others may not have and fighting to make it happen.

Opportunities are out there, opportunities to make money. You may not get lucky and have a LLL.com fall in your lap for $1k. But if you stand back and look at the big picture, and read between the lines, you may find a way to double your pennies by looking at them in a different way, or by working for nothing because of where it could lead in the long run. They’re not always obvious, but if you look hard enough and are willing to understand that not all opportunities will put money in your pocket immediately but instead in the long run, you will find one that works for you. I wish you the best of luck in doing so.

7 Replies to “Keeping Your Eyes Peeled For Opportunities”