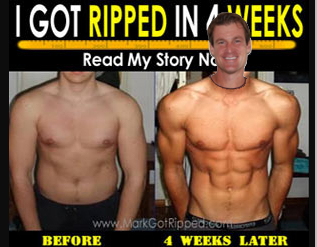 We’ve all seen them across the internet. “Get White Teeth” and “Get Ripped in only 12 Weeks”  They are on every site you come to and they are all scams.  In the past, Google would ban the ads only to have another affiliate come through and make up another ad selling the same scam.  Things just changed.  The “Do No Evil” Google has decided to ban the advertisers, not just the ads.  The Big Money (look at their ironic ads) explains how these affiliates operate,

These ads propagate through a network of affiliates that are paid to direct people to the scam product in question. Let’s say you’re a scumbag who wants to sell an acai-berry weight-loss regime. You’re not the one doing the advertising on search engines and content sites; you’re paying others to do it for you. The affiliates are usually directing people to an intermediary page that speaks highly of the scam product, making somebody more likely to buy if he clicks through to the product page. The affiliate then gets a cut of the revenue if the people it sends to your scam site stay and buy something. It’s the affiliates who are flooding the Internet with ads—the more they put up, the more likely they are to get clicks, referrals, and revenue. As long as they’re making more in commission than they are spending on advertising, they come out ahead.

Google has decided it’s necessary to ban the source to keep these ads from overtaking the network.  It’s scaring a large group of advertisers that feel they may get lumped in with this group and get a lifetime ban, effectively killing a legit business.  Google has responded by saying there is a review process to help those that accidentally get hit.  Google has also introduced software that can detect duplicate ads in case a banned advertiser tries to set up a new account and continue to advertise.

The most likely result of Google’s new policy is a shift over to other advertisers who can’t afford to drop them.  They comprise such a high percentage of their inventory that they’ll be forced to keep them on despite their trashy reputation.