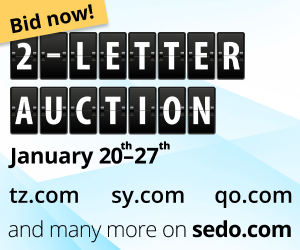 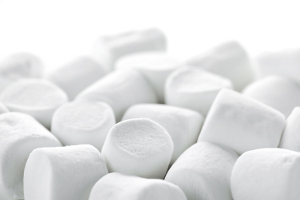 If you haven’t heard of the Stanford Marshmallow test, it was is considered one of the most successful test of human behavior in history.  The premise was simple.  In 1972, psychologist Walter Mischel of Stanford University offered a marshmallow to each child.  If the child could resist eating the marshmallow for 15 minutes he was promised two instead of one.  If they rung a bell they could have the treat and the game would be over. The scientist then analyzed how long each child resisted the marshmallow and it’s relation and effect on the future success of the child.

The subjects were kids 4 to 6.  A minority of the kids ate the marshmallow immediately and only a third could hold off long enough to get the second free treat.  Those that were successful tried to occupy themselves by looking away, moving about,  or playing with their hair. Whatever it took to keep their eye off the prize.  It wasn’t the immediate reactions that was the interesting part of the puzzle it was the study years later that proved to be the most surprising. The first follow-up study, in 1988, showed that “preschool children who delayed gratification longer in the self-imposed delay paradigm, were described more than 10 years later by their parents as adolescents who were significantly more competent”. A second follow-up study, in 1990, showed that the ability to delay gratification also correlated with higher SAT scores.   In more detail, he noticed that low delayers, the children who rang the bell quickly, seemed more likely to have behavioral problems, both in school and at home. They got lower S.A.T. scores. They struggled in stressful situations, often had trouble paying attention, and found it difficult to maintain friendships. The child who could wait fifteen minutes had an S.A.T. score that was, on average, two hundred and ten points higher than that of the kid who could wait only thirty seconds. Plain and simple, those that showed the early ability to delay gratification tended to be more successful later.

Rick Schwartz has been preaching the marshmallow test for years.  Telling you to show some patience.  To be an investor and not a flipper.  I think he’s right, but I also think it’s easy to not eat the marshmallow when you have an entire Stutz Blackhawk 7  full of marshmallows outside.  If you have a valuable dot com now, there is no doubt in my mind that it will be even more valuable in the future.  There’s one problem for many domain investors.  They are addicted to buying domains or just plain need income to pay the bills.  Rick has a ton of cash.  He doesn’t NEED to sell his domains.  Most domain investors don’t have that kind of cash flow so if a return of several thousand dollars comes about, they are much more tempted to take the offer.  They are much less likely to push for a higher price and become an unmotivated seller.  A simple case of the rich getting richer because they have plenty of marshmallows.

This is why many “part time” investors such as my self tend to do as well or better than many people that do this for a living.  We are not dependent on any income from our sales and can be patient because our marshmallows come from a different source.  It’s much easier to show delayed gratification.  Ironically what made me think of this entire article was a story I was telling a friend about my wife and I living in an empty house devoid of furniture.  It wasn’t because we couldn’t afford furniture, it was because we decided we were tired of all our pressed wood apartment furnishings and decided it was better to throw it all away, start over, and wait.  Wait until we could afford the nice things and when we did we would buy them.  Of course we had the basics but over the course of 5 years we bought the furniture that we still have 15 years later. It’s still around because it was nice stuff. Furniture that is expensive but is well made and lasts a lifetime.

That’s how I pick my domains now.  I’d rather pass on the marshmallow and pick a dot com that will stand the test of time.  That will get better with age.  But instead of getting two marshmallows, I expect to get a few hundred thousand.

More on the Marshmallow Test at wikipedia