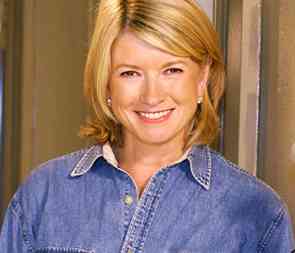 Over the past 20 years, I’ve been to hundreds of conferences. Seen thousands of talks on all kinds of topics. From PR to sales, merchandising to pricing. There is one story that sticks with me more than any and it’s from the least likely person of all the top business people I’ve met, Martha Stewart.

When Martha Stewart first started her empire it started right at home. She baked pies for a bake sale. She streamlined the process of making pies in her home and she could not only churn them out quickly, she felt they were as good a pie as anyone would have at the sale.

She got to the sale and put the pies at $8 a piece (I may get the actual prices wrong it’s been a while). Cheaper that anyone in the place selling pies. She looked forward to a great day and had already started thinking about how should could pump out twice as many for the next sale. As the day went on the pies didn’t move. When it was over, she had only sold 1. She went home disappointed and thought about what could she do to move more pies. Should she put a sign up saying they were the best pies around? Everyone had a sign doing that. Perhaps a buy one, get one free? And then she came up with a plan.

The second day of the bake sale she put out her new sign. “Pies….$25. The pies started to move and eventually to fly off the table. By the end of the day, she had sold every pie she made.

The moral of the story. If you price your product like it’s cheap, your customers are going to think it’s a cheap product. A non commodity type product’s quality is hard to judge and consumers use price to determine it’s worth. They see a high price and think “Wow, that must a pretty good thing to be charging that price”. They almost have to find out why it’s that price. Especially when it comes to food.

I use the model every day in the retail world. Commodity items’ prices are determined by the market. Other unique models are often priced by perceived value. I may have an item that I bought or made for $10 but consumers have no problem paying $150 for it. Others can be the opposite. It cost me ten and people won’t pay more than $15. Domains are no different it just took me a while to realize it.

I set prices on my domains and I think it may be the wrong way to go about it on many of them.I need to make the perceived value of my domains higher. For the lower value domains I still think the Buy it Now price works, but for the higer value domains, I think I need to prove the value and not put a price on them.