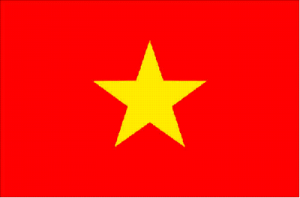 Very interesting article today over at a Vietnam based website describing a situation that I have well documented as one of my biggest pet-peeves. Apparently the Vietnamese are simply behind the times (according to the article, not me) when it comes to registering domain names that correlate with real estate development projects, company entities, or just about anything in general I’d assume.

According to the article, which you can read here, nearly $50 Billion has been spent on real estate projects in Vietnam without one matching .COM being registered by the developing companies. In other words, while the Becamex Tower was being built, nobody from the real estate development company picked up BecamexTower.com. Instead, one person picked up every single domain and is using for marketing of their own site.

The following excerpt from the article pretty much sums it up…

“Khoa said that he accidentally read on newspapers about the setting up of a lot of huge real estate projects, while he knew that no one bothered registering the domain names. Therefore, Khoa decided to spend money to buy the domain names.

According to Khoa, the total investment capital of the huge projects which lost domain names may reach 50 billion dollars.

The fact that many real estate projects lost the domain names has raised the question about the marketing and project development capability of the real estate developers.

Tien phong has quoted experts as saying that once the domain names, called as the “souls” of the projects are lost, the confidence of customers and finance investors in the projects would decrease, which would lead to many other consequences.”

See that last part? Very very interesting. By simply not registering the matching domain name, the real estate developers may potentially lose investors because of the lack of confidence it brings. In other words, if the company developing the projects aren’t savvy enough to grasp simple 21st century marketing concepts, what chance is there that they will successfully promote the project and make it a success?

Companies take note, it just goes to show that $8 for a domain name is probably the most important money spent on a $100 Million project. It is such a simple concept, but so many times so easily overlooked.

2 Replies to “Real Estate Developers Spend $50 Billion On Projects, Don’t Bother To Secure One .COM For $8”