Not sure if anyone noticed that Domain Sponsor FINALLY fired up their twitter account. I noticed because they announced the judges of the PitchFest session.  It’s one of my favorite parts of the conference.  It’s essentially sharktank without the “I’m out” tagline.  This year may be better than usually since it’s more of a web based conference than straight domains.  Then again, most pitches had nothing had to do with domains last year so it may be exactly the same.  Here are today’s names and the daily quote.  Today’s is courtesy of Mike who sent in another great sports quote 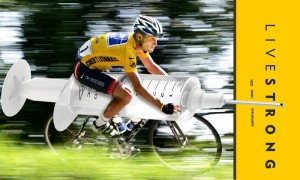 ‘I skate to where the puck is going to be, not where it has been‘ – Wayne Gretzky

14 years old and these names still sell. You used to have to remind people that the name is missing a letter but it’s so commonplace that people now remember.

Whether you like the name or not is not important. What’s important is you will always be able to sell this name because its an LLLL.com and it has gas in it. Like me, I had Mexican.

Valuable because it’s a PR3 and is about electric motors. They are absolutely the future

There are quite a few of these CCC.coms deleting today. This is one of the most memorable IMO

Another one. Again and again these ALWAYS sell. Short trumps pronounceability (I think I made this word up)

I mailchimp works then mailmonster is killer. 12 years old

A PR6 and memorable name. Don’t usually get both with the same name

Cousins.com  I have lots of them. Aka people you see every couple of years and no nothing about

DrDavid.com  There are thousands of doctor davids.  And they have a lot of money…..ten years out of residency after they’ve paid all their school loans back.  In other words, check their age before you price

PRLinks.com  You’re not supposed to sell them but everyone does. Like buying extra Groupon coupons

MathTeacher.net  Even with a dot net I think this is worth more than $69

GirlsWithDogs.com  Pretty easy content for this buildout.  aka “two bitches”

TUO.net  River in China.  China has a lot of people

9965.com  Will do well.  Then again I said that about Manning and the Broncos so what do I know?