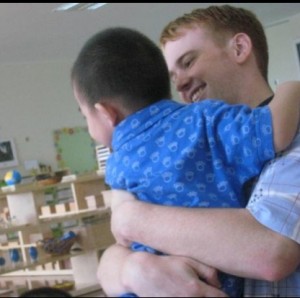 If you didn’t read part one of my interview with Anthony David you missed out.  Anthony is a young domain investor/site developer that previously lived in China and currently is working in Kuwait.  Anthony and I have become friends because I think he is one of the up and comers in our industry.  His 5 years in China and the fact he is fluent in Chinese enables him to give us an inside look at the Chinese domain industry and the culture in general.  Today’s interview in concentrated in this area and offers a perspective we don’t often get in our industry.

Thanks again for coming back for a few more questions.  This time concentrating on Asian domain culture and investing.

Lets start off with what brought you to China?  How long did you live there and why did you leave?

After I graduated I worked in Shenzhen for six months, its in the south of China just above Hong Kong. The weather is amazing there, I loved it. Hong Kong is only a trip across the border. After that, I lived in Shanghai for the next five years. I left because I needed a change of scenery and Kuwait offered me that. Although I’m still totally open to going back to living in China. There is a lot of opportunity still there.

While you lived in China what TLD did you notice the most in advertising? If you were to rank the tlds in the eyes of Chinese how would they rank?

In China .com is BOSS. .cn comes in second place. Third place goes to .com.cn I guess .net in fourth and there’s not much else they use. I think the main reason why .com is the most valuable there is because it is the most well-known TLD. It’s ingrained in their lexicon just as it is with us. Another possible reason is that .com is something that comes from outside China. If you visit the most popular Chinese malls you won’t find a single Chinese retailer there. It is all foreign chains like Gucci, Levis, Zara, etc. doing business in China. The Western influence on China just gets stronger and stronger.

Is there any sense in setting up English websites to appeal to people in China?  What percentage speak English and can they even access our sites?

I don’t think that will be very good. Chinese people are smart but overall still struggle a lot with English even if they are very educated. There are a few exceptions but generally this is the case. English is very difficult language for Asians to learn. It’s such an irregular language. Chinese people are much more comfortable with Chinese language sites.

With regards to accessing our sites, I came across this blog post which provides some resources to let you check if your website is blocked or not in China. DNJuice.com was blocked in the last few months. I don’t know why. Obviously there was some keywords or keyphrases in my site they didn’t like. Hopefully my new site DomainDaily.com can avoid sharing its fate.

Many sites are blocked in China including Facebook, Twitter, Youtube, LinkedIn, Blogspot, and many more. Unless a site has been specifically blocked there it is able to be accessed. A growing number of Chinese are using VPN’s now to access blocked sites, but unfortunately they slow down surfing so that is one deterrent to them becoming more widely used. The situation about blocked sites sucks now but I hope it could get better in the future.

What’s the appeal of the numeric domains to the Chinese?

Chinese people love numbers and they are much more integrated into their society. When you are student you are a number. When you graduate and get hired by some company, you become a new number. Some numbers are lucky. Later in this interview I will give an easy breakdown of the meaning of numbers there so domainers can understand better why there is such a variance in the value of 3N and 4N domains.

Since you speak Chinese, do you ever deal in the Chinese domain aftermarket?

I don’t. I speak Chinese but I am not a native speaker. I think domainers should stick to domaining that’s in their native language. I see a lot of non-native English speakers trying to make it in the English domains space right now and struggling a lot. Even if their vocabulary is good, only a native speaker has that ability to know what “sounds good” and what doesn’t in their language. I’m also not very interested in creating Chinese language sites either because the PPC isn’t as good as English language sites.

Can you give a breakdown of the meanings of numbers in Chinese domains?

Yep, here is a simple guide which could be applied to 3N and 4N domains:

0 – Neutral. 0’s are nice though at the end of a number domain for the same reason Westerners would like them there. It’s an even ten.

1 – Neutral. 1 can stand for “want” though, because the character for one sounds just like the one for want. So it’s a play on words. Something like ‘bear’ and ‘bare’ in English, I guess.

4 – The worst number. It means to die and has long been an unlucky number in China. Maybe the younger generation coming up will care less about the superstitious stuff, but for now 4 is still unlucky.

8 – Very Good. This also means lucky but it’s a different kind of lucky. It means you will get rich. It’s the most prosperous number.

Before you go, do you have any funny stories about the difference in cultures.  For instance I had a very tall friend visit there and everywhere he went he was treated like a rock star and had people take pictures of him. He almost couldnt go out when he traveled. Did you have any culture shock?

I did the rock star thing my first year in China. Did a lot of partying and clubbing, changing girlfriends, etc. You stand out because you look different, come from another country, have different values, speak fluent English, etc. Eventually my focus switched to learning the language and about their culture so I could connect with the people there on a deeper level.

Any westerner that goes there will get culture shock probably in their first couple months. You will get stared at although its not too bad if you’re in the major cities. If you go to the rural areas though, forget about it. You will have everyone’s eyeballs on you. Chinese people are very friendly though and the food there is delicious, too. It’s not like your Chinese food back home, its much tastier and there are hundreds of things on the menu. There are many different kinds of Chinese cuisine depending on which city its from. Like any country China has its good and bad points, but overall I think its a good place to live.

4 Replies to “The Chinese Domain Market: Part Two of the Insights of Anthony David: A Great Young Mind”