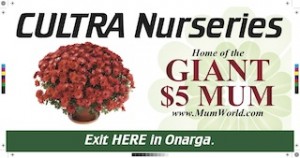 We’ve all learned basic business strategies through out our lives but implementing them and having success, is another matter.  You learn, read, and study how to do things in school, but you don’t learn to ride a bicycle by reading books.  Here’s the story of my attempt at using simple business strategies to make a little money using one product.  All of which was triggered by a domain name I saw at auction on Namejet.

Back in college , during our final and most important business class, we used to play a computer business simulation where we sold shoes. We had to set production levels, pricing, a marketing budget, and then see how the results played out.  Basically lemonade stand for shoes. The game consisted of selling private label shoes in which you had to produce and then put in a bid.  If your bid won you got the order and sold the shoes.  If you didn’t get it you would have to sit on the shoes until next month. You could also sell them in the “retail” market but you had to declare which market you wanted to sell in before the start of the month.  I had no interest  in the retail market and was determined to win the private label bid.  I sold below cost for most of the game.  I won the bid every single week and sold just enough retail shoes to make sure I broke even.  By the time the year was coming to an end, all the other companies stopped putting in private label bids because they had lost so many bids they knew they weren’t going to win.  They were afraid to lose money and therefore stopped production as they sold their inventory through retail.  Once I had no other bidders I raised my prices to extraordinary levels (over $100 a pair) on the last two weeks of the game and won.  I got an F for “cheating” because in the real world no company would have accepted those prices but the computer simulation was set up to take the lowest bidders and since I was the only bidder, I got the orders even though they were 10 times higher than previous weeks prices.  After much discussion with the professor I received a B which kept my overall grade at an A.  The professor and I actually became friends and he talked about my “strategy” for years to come. Forward 25 years and I am playing the same game but I have traded in shoes for mums and real money.

One day while going over the daily auction and drop list I see a domain MumWorld.com.  I laughed a little when I first saw it because I knew it would be a good name for me as we grow a decent amount of fall mums at our nursery.  But then I got to thinking.  What if we really did become Mumworld during the fall?  We grow our own mums and they really are some of the best in town.  We normally sell the mums at $8.95 but they flew off the shelf when I put out coupons and brought them down to $5.  We were still making good money at $5 but could we sell enough that we would make more profit buy selling more at a lesser price?  It doesn’t do anyone any good to sell more product and make less money.   I thought we could and came up with a plan.

I was going to brand our nursery MumWorld, home of the GIANT $5 mum.   I wanted to make sure people knew that our mums were in big containers because anyone can make the price under $5.   But their pots and plants would be smaller and I wanted everyone to make sure they knew ours were bigger and less expensive. The old better and cheaper. We normally grow 3000 mums but this year we grew just over 9000. I spent $2K on an irrigation system that would reduce the “touches” and hand watering and keep maintenance costs down. The irrigation system has a ten year lifespan. We came up with a potting system that kept the potting line and planting within 50 feet of the site where we were going to grow it.  No more wagons and carts and moving.  While it’s hard to measure, I believe we got the price down a few nickels or dimes.  Now I had to let people know about MumWorld.

I started with on site promotion. We own land on a very busy interstate so we put up two big billboards so that people coming and going from Chicago to the Illinois football game would see the signs. They were big and simple.  Country Arbors Nursery, Home of the Giant $5 Mum with a big photo of a mum.  And of course MumWorld.com which forwards to the nursery website.  At the bottom of the sign one said stop here and the other said, you missed the exit, next stop Urbana.  I also sent out a few newsletters to our mailing list of 1500 people that signed up on their own on our website.  Finally I did one coupon a month in the local paper with the mums for $5.  Yes they were normally $5 but people love coupons and feel its special even if it doesn’t save them a dime.

I then ran hundreds of commercials on radio.  I skipped television because I could advertise for a month on radio for what I can do on television.  And have a lot more frequency.   I recorded the commercials myself (at the radio station) and emphasized all the things I mentioned above.  Big Mums, $5, no reason to go anywhere else.  60 seconds of it.   I always used my voice and kept things consistent.  I put the ad at drive time for 5 major stations…….and waited

And the results?  Unbelievable.  We have sold 1000 more mums in the first 20 days of September than we sold the entire year on our best year.  And we still have a month to go.  We will most likely sell out completely.  There will be hundreds of mums that die or look too bad to sell but we’ll sell 90%.  And the profits are great as well.  We had to sell a lot more mums than normal to make more money and I was a little nervous in August, but as soon as September came they started flying off the shelves.  A few things really surprised me.  The radio commercials have incredible response rate.  Everyone advertiser loves to hear customers tell them why they came to the store and most customers voluntarily said “I heard the radio ad and wanted to see these $5 mums”.  You hardly ever get customers to give that good of feedback.  They also are buying other fall items in much greater amounts than I anticipated.  There is a reason stores have loss leaders but I’ve always found that people usually buy the loss leaders and leave.  I call them products that lead to loss and normally don’t do them.  I prefer to take items I grow or create and reduce profits and make them super cheap.  But in this case it really worked.  I would say customer averaged about 30-40% additional sales on to their mum purchase. And finally the most important.  We have been around 20 years and the amount of new customers that found our place because of the mums is astounding.  They had nothing but nice things to say and let us know they would be back in the spring.  I would give away all the mums to get this many new customers.

All in all, the mumworld program is looking like a foundation to a very healthy new business model for our nursery.  I set a 10 year goal for selling 30,000 mums and while I thought it was a pipedream back in June, I think it could be a very realistic goal.  This year’s goal was to do $25K in mum sales and pretty sure that will be hit.  Double the normal sales.  Could be $30K if we have some cool October weather.   I undoubtedly will be creating a similar program in the spring with some popular spring annual.  Which one will depend on an upcoming domain auction epiphany that is bound to happen.  🙂

17 Replies to “The Great Mum Revelation: A Domain Name Triggers An Attempt to Take Over the Garden Mum Market”