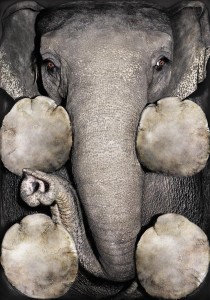 Yesterday Raymond Hackney (one of the best and most prolific writers in our industry) wrote an article yesterday about dot co that was a synopsis of another article written about dot co.  To me it merely showed the marketing prowess behind dot co and the way that data can be gathered and assembled to make things seem grand.

Here is the snippet from the article

In less than four years, more than 1.6 million individuals and businesses, mostly start-ups, have created a website with an address ending with .co. That is a staggering number for a new top-level domain (the last bit of a web address). Contrast that with .biz, which was introduced in 2000 and by April last year had chalked up just 2.4 million registrations.

People went to .co because, on .com, with over 111 million registrations, the short, simple names are mostly taken. They went also because .co is one letter shorter than .com, which matters in the age of Twitter. But most of all, they went because some very canny marketing convinced them that it’s where sexy, innovative start-ups go.

Of course, .co is not a new top-level domain like the 1,000 or more being introduced this year; it’s the one that was assigned in 1991 to Colombia. Juan Diego Calle, a Colombian-American entrepreneur, won the contract to run it in 2009, after years of effort and a 1,165-page bid. In exchange for exclusive rights to market .co, Calle pays a fee to the Colombian government that goes towards improving the country’s internet infrastructure.

I could easily turn this around using the same information and a little ad lib and turn it completely negative.  It’s really all in whom you want to support.

Dot Co, despite being assigned back in 1991 still has only 1.6 million registrations. Compared to dot biz which has only been around since 2000 and has 2.4 million registrations.  The numbers of dot co also have had the advantage of a 30 million dollar plus worldwide marketing plan and the backing of the world’s largest registrar, Godaddy, and yet still has not eclipsed dot biz.   Dot biz has achieved their numbers despite not having a  marketing budget in at any time in the recent past. While no data exists, some believe without the support of Godaddy, dot co perhaps would have seen less than 50% of these numbers.  With the new introduction of 1000 new tlds, there is fear that Godaddy will turn their attention from dot co to the more lucrative and fresh gTLDs.  First evidence of this is the lack of a dot co Superbowl commercial for the first time in years.   Growth seems to have settled down as well according to a recent CENTR report, with do Co not listed in the top 5 of growth rates of ccTLDS.  China continues to dominate the numbers

I’m not a dot biz buyer either but from my little made up article is sure seems to be doing well. It appears that I have become an opponent of dot co but it’s not the truth.  What I have become is a realist in a bunch of PR stories that have been written over and over and will start to appear more often with the new introductions.  Dot co MAY have become a tld for new startups, but it absolutely has been a terrible investment for 99% of domain investors.  I know this because I see the sales results every ….single…day.  And on those days there is hardly ever a dot co.  There is very little resale market for the tld.  How often do you see dot co domains come up for sale and sell successfully on Namejet, Godaddy, or Flippa?  I have talked to many domain investors at the conferences over the last two years and I have yet to talk to anyone that has made any consistent money in the tld, except the people that have blogs and take the advertisement money ( I took their money early).  Ask Jake Ackerman how his big dot co investment went?

Success is absolutely not defined by the domain investment industry.  I understand that. But the marketing department of dot co is still pushing towards our industry.  I agree that the NEW registrations are their target market.  I do agree that new tlds will become commonplace and people will remember and feel comfortable typing in other endings.  . And that’s fine but let’s not pretend it’s doing better than any other tlds.    Look at it compared to other ccTLDS.  It’s way down on the list.  And Dot co is trying to market themselves as a top level TLD not a country code.

And all this negativity I seem to be spilling out is based on data.  I haven’t even gotten into my personal feelings as a business person.  As a startup and or business owner I want to define and brand my company on the web.  Of all the tlds and endings in the space, and especially with the new names coming out, why would I want to take any chance that a user or customer would accidentally type in dot com? I would much rather have a uniquely defining name like .club or .bike.   Ray from Hybrid Domainer says in the comments that he owns a dot com of a popular dot co and he NEVER gets type ins.   I find it hard to believe that NOBODY ever types it in wrong.  With this generation typing in dot com for so long it’s memory muscles at this point.  Again, this will change as the new generation comes on.  There will be less dot com ingrained but that will take a while.

In short, this isn’t about dot co.  These types of marketing pushes are about to explode with the introduction of new gTLDS.  It will bring in new investors, and entice old ones.  My opinion is to pay attention to the aftermarket not the articles.  Let someone else set the initial market.  If something develops like the recent market for dot infos, jump in.  If I’m walking down a dark tunnel that might lead to riches, I’m going to let someone go in front in case there is a cliff.  If I’m going to lead, I’m walking very slowly and taking a bright light.  Either way if there is treasure at the end,  I’ll at least get my piece and I won’t get killed on the way.

21 Replies to “You Can Spin TLD Data In Any Direction You Want: Here’s An Example”