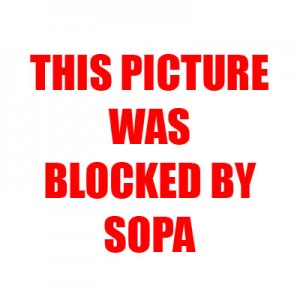 As we all know by now, people don’t like SOPA. It was big news recently when domain registrar giant GoDaddy.com voiced their support of the legislative bill, only to flip-flop days later. For some it was too little too late and many vowed to boycott GoDaddy and transfer their domains elsewhere. This movement gained traction online and GoDaddy lost over 25,000 domains to NameCheap on “Ditch GoDaddy Day”. While something tells me GoDaddy simply sneezed at this, it was by far the most notable protest of a company in support of the SOPA bill. But, if people are so upset with GoDaddy because they voiced their support for SOPA, why stop there? There are many other companies that are on the SOPA support list, many of which we’ve all heard of. Will people boycott these companies as well? We shall see…but first, let me show you what a day in your life would look like if you decided to boycott all SOPA supporters…

You start your day by going to the bank and pull all of your money out, you are boycotting the American Bankers Association.

You hate carrying a lot of cash, and would probably just use your credit cards, but you are boycotting VISA and Master Card.

What to do? What to do? How about a movie? Nope, you are boycotting the Motion Picture Association of America and the Screen Actors Guild.

Fine, forget a movie. You go home to watch a little TV. You love shows on ABC, NBC, and CBS…but you are boycotting them.

How about the news? You’re boycotting the News Corporation.

Alright, it’s a little bit childish, but if you can’t read a magazine you’ll bring out one of your guilty pleasures, a comic book. Oh crap, you’re boycotting Marvel Entertainment.

Ya know, it’s time to get up off the couch anyways. Time to work out and shed a few pounds. Shoot, you’re boycotting Beachbody LLC, the makers of your P90x videos.

Wow the day is getting frustrating, not much to do…ok ok your daughter needs help with her homework. This will certainly help pass the time. Geez, her school books are published by Scholastic, Inc. and McGraw-Hill, both of who you are boycotting. Sorry kid.

It’s been a while since you did something good. Time to make your annual donation to the Fraternal Order of Police, well you would if you weren’t boycotting them.

It’s been a while since you downloaded some good music. Hmm, better check who your favorite artists are signed with, because you’re boycotting Universal Music, Sony, Warner, and MCA Records.

How about some video games? Nope, boycotting the Entertainment Software Association.

Oh finally, Monday Night Football…finally something to cure your insanity. But you’re boycotting the NFL.

No football?! Oh man, how miserable.You’ll just catch the highlights later. Well you would if you weren’t boycotting ESPN.

Ugh. Well, at least you have your monthly fights to watch…that is, if you weren’t boycotting UFC.

Ok, this is starting to cause a lot of stress. Time to relieve some stress, you convince your wife for a little hanky-panky. She’s not looking too fabulous? You made her boycott her makeup companies Revlon, L’Oreal, and Estée Lauder.

You know what will get you going though. A couple little blue pills to rev your engine. Going to be hard to do that considering you’re boycotting Pfizer. Sorry big boy.

What a total waste of a day…You know what you’ll do? Transfer your domains away from GoDaddy. That’ll make you feel better.

And that isn’t even close to all the companies that support SOPA. View the entire list here.

I am in no way defending GoDaddy for their initial support for SOPA nor am I supporting the bill either. This was just a fun little way to point out that as much as people love to complain, if they really took action against all the companies that support SOPA as they did against GoDaddy, there might not be much to do in their lives. There are some HUGE companies that have their hands in every corner of the media, banking , and entertainment industries that do support the bill and it’s interesting none of them have received the same heat as GoDaddy. I encourage someone to boycott all of the companies that support SOPA and let me know how that goes. I’m willing to bet it gets old pretty quick and the life conveniences these companies provide outweigh your need to be heard in the long run.