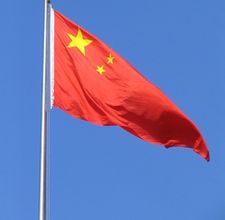 What kind of car do you drive? I drive a big lifted pick-up truck. What does that say about me? The most common answer to that question might be outdoorsy, redneckish, egotistical, or ‘compensating’. These are all stereotypes of me based on the vehicle that I drive. Ask yourself the same question about the car you drive. You might be surprised what the stereotype would be if we were in China instead of the US.

According to an article from the New York Times, Chinese stereotypes about the vehicles people drive in China are quite a bit different than those that we have in America and the rest of the world. According to the article,

“In China, where the market for imported passenger cars dates back only about three decades, an entirely alternate set of stereotypes is taking root — and the stakes have never been higher for foreign carmakers.

Take, for example, Mercedes-Benz, a brand that in much of the world suggests moneyed respectability. In China, many people think Mercedes-Benz is the domain of the retiree.

The Buick, long associated in the United States with drivers who have a soft spot for the early-bird special, is by contrast one of the hottest luxury cars in China.

But no vehicle in China has developed as ironclad a reputation as the Audi A6, the semiofficial choice of Chinese bureaucrats. From the country’s southern reaches to its northern capital, the A6’s slick frame and invariably tinted windows exude an aura of state privilege, authority and, to many ordinary citizens, a whiff of corruption.”

It’s a different game in China, and not just with car companies. We’d be foolish as an industry if we didn’t try to tap into the Chinese domain market, but understanding what appeals to a country with a population almost 5 times that of the US is the key to success. Chinese perceptions are just as different with domains as they are with automobiles. Check out 4.cn and you will walk away scratching your head.Why is MOJU.com over $12k at auction with time to go? It’s a good domain, but 12k? Scratching my head right now. There must be something I don’t understand.

China is a country with a population of almost 1.5 billion and there is a lot of money to be spent. Recent history also shows that a lot of that money to be spent is being spent on domain names. But to truly break into the market, you’ll need to be prepared to spend a lot of time and perhaps money learning everything you can about what makes the market tick. If you do, you could end up making a fortune…and when you do, get back to me on the whole Buick thing.