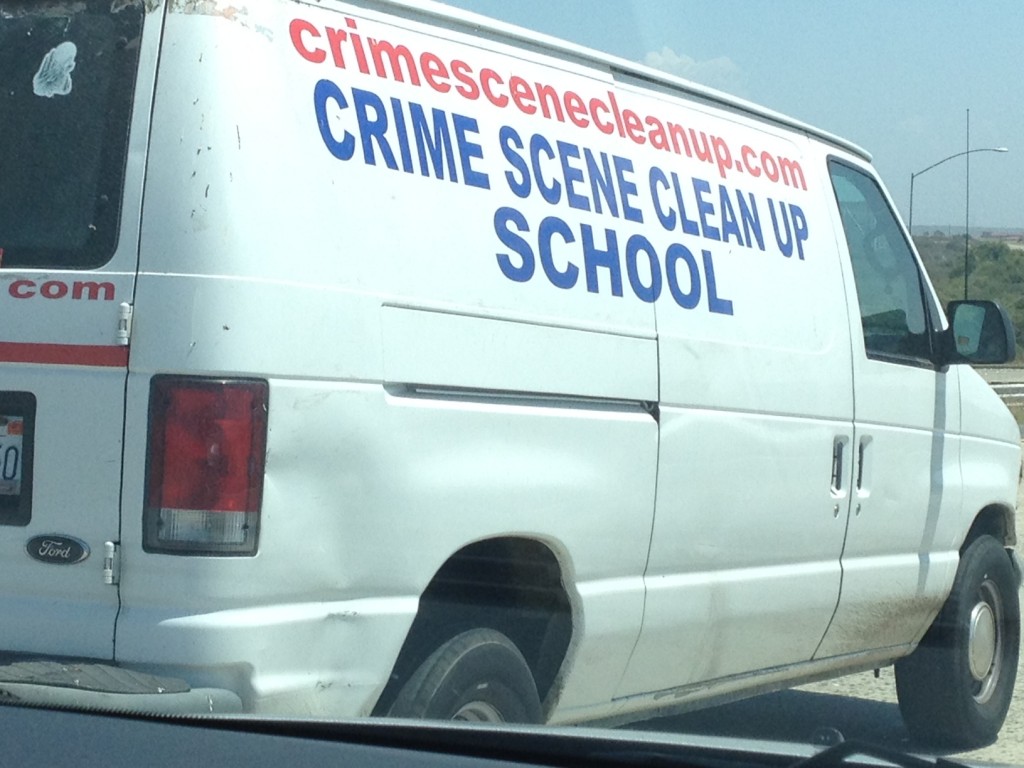 It started as a joke. A beat up old van I spotted outside Laguna Beach that said Crime Scene Cleanup. The van itself looked like it needed a little cleanup. As I got closer I saw that he also had a great domain name. CrimeSceneCleanup.com. If that’s what you do, it doesn’t get much better than that. It says “School” on the side and after I visited the website, boy did I learn.

I learned that the owner of this van is much more concerned about fighting what he perceives as government corruption than he is presenting a website that brings in customers. I also learned the guy has an incredible grasp of search engine optimization. Yes, the real school this guy should be opening is how to rank in Google. Other than crimecleaners.com he rules the crime scene cleanup results for most major cities in the Southern California area.

The owner has registered hundreds maybe thousands (he says thousands but I only see a few hundred) of long tail keyword domains like www.los-angeles-crime-scene-cleaners.com in every city in the area. And they are ranking well. Most of them on the first page if you type in crime cleanup and a city. The domains are owned by Coyote Creek Promotions which ironically has no domain attached to it but reading through the sites they claim to be owned by “Ed Evans” a self described very experienced bio hazard cleanup person.

The long tails are essentially mini sites but they are laced with keywords, most likely intentionally, but written as a narrative so it comes across as a story rather than Google bait. From listing of cities served to the services provided, what it lacks in beauty it more than makes up for in Google ranking.

Who knew one simple banged up van would lead to such an interesting story. I highly suggest going through the trail of crimescenecleanup.com if you have a few minutes and want to see how effective dashes and long tail keyword domains can be.

One Reply to “Crime Scene Cleanup: Great Name Even Better Use of Domains”