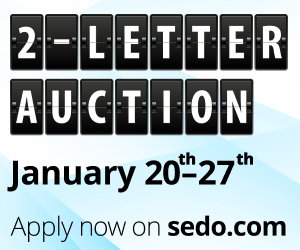 The most valuable things in the world are either in high demand, rare in scarcity, or valuable because of the effort needed to obtain.  5Ls fit into the last category because there is so much junk out there.  With almost 12 million possible name combinations to choose from, there are so many names out there for people to hand register that the truly good ones are often hard to find because of all the HGRZL.coms that hit the market.

I live by a simple rule, if you can hand register it now, it is worth reg fee.  There are a few exceptions out there, new technology and events. These come up every day and newly created entities can be capitalized on if early information is acted upon.  This is rare, especially in the 5L world, because I find that you can’t capitalize on a new event with a 5L. Michael Jackson’s death really doesn’t effect the 5L market.  MJIDY.  Michael Jackson is Dead Y’all.  As funny as it sounds there was probably someone in the Namepros forum trying to sell a name like that.  That brings me to another point. Acronyms

Acronyms don’t work with a 5 Letter domain name.  If you have to come up with an acronym for a 5L it’s worth reg fee. If that’s your hope to sell it then you might as well buy a lottery ticket because you have a much better chance winning something there. Typos are also worth reg fee plus type-in parking revenue they bring and even that is a bad business plan.  You can never brand them because of the legal issue so they have no value as a name.  So what 5L’s are worth anything?

The easiest and most obvious are dictionary names. It’s pretty obvious that shoes.com is going to worth a lot of money.  Next are the names that mean something to someone.  It may be noun in some country, a person, place, or thing. It may not mean much to you but to someone around the globe,  it has meaning.  You can tell this by the type-ins and where they come from.  I have names like pakku.com and happa.com.  I like the phonetics of the names but they are also have meaning in other parts of the world as evidenced by the daily foreign traffic.  Another category that is interesting is the “play on words” type name.  Some call them web 2.0 names.  This can be very tricky as most take it too far and think they have a great name,  but it just isn’t close enough to the original word and conveys no idea of what the name or site will represent.  For instance, I have the names swapn.com and swapm.com which are obviously based on the word swap but I felt these two names were even better than the name swapping. I thought the swapn had one big problem in the fact that it could easily be mistyped or misheard but I was lucky enough to pick up the latter on a drop a year later. Any name that has a spelling or pronunciation problem becomes worth hand reg.

Anything more that that is just wish and a hope.  Names that look or sound cool are just that and your only hope is that someone feels the same way and is willing to pay a little extra for it.  This isn’t to say you can’t get lucky and sell some of your cheap buys or hand reg for $100 bucks now and then, but if you put any value in your time, $100 doesn’t go very far after the hours you spent looking for names.  You can talk CVCVC or CVCCVV or other letter combos but unlike 4L it doesn’t make it a more valuable name.  It has to meet the above requirements.

These, of course, are my opinions but these opinions have saved me a lot of money over the years and at the same time helped me acquire some great names for cheap.  Sure, one could argue I have some junk in the 5L portfolio and at times don’t even follow my own rules, but I admit it took me a few years to figure this out and I am too stubborn to break up with my bad names and they linger in the portfolio wasting $8 a year.   Learn from my mistake and leave QRWDN.com (quit registering worthless domain names) in the available names section.