Ask any website owner and they’ll tell you the most valuable part of the site are the email subscribers.  Its saves you thousands (sometimes millions) of dollars in advertising because you have a direct channel to you audience without having to pay some form of media to reach them.  Unfortunately you will occasionally lose someone and by law you have to let them unsubscribe……..but you don’t have to let them go easily.  Groupon is simple site that lets users buy deals from local companies.  It could be a $10 backpack from Lands End or an $8 pedicure.   Groupon matches loss leader giveaways with mass users and keeps a little for themselves.  They also have a sense of humor and that humor most likely keeps their unsubscribe levels at record lows.  Click the picture to find out how. 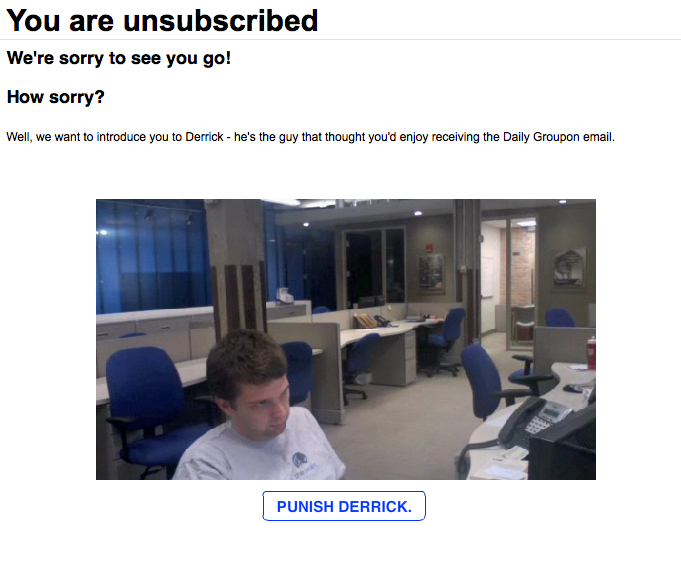