Posted on January 8, 2012 by ShaneCultra 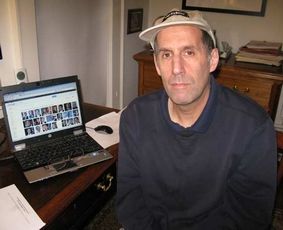 In a story that seems it was written by The Onion, SeaCoastOnline had a pretty good story about Bob Ely.  Ely is running for President but really doesn’t want the job.  He’s merely running because “it dawned on me. If Michele Bachmann can run for president, I can, too.”  He said he got tired of complaining and moaning and decided to do something about it.  He’s a lifelong independent who had to choose “between the lesser of two idiots” and “held his nose” while declaring as a Democrat. While he has a more detailed platform he can explain it in a few words,  “spend like a Republican and tax like a Democrat” And he has.  He’s already spent $200,000 of his own money on his campaign.  Money to this point that hasn’t gotten him one bit of attention. Even the paper, New Hampshire’s largest,  with whom he spent that much of $200,000,  never called for an interview. Even his small local paper never contacted Ely despite having a Presidential candidate a few miles away.

On Tuesday, he’ll be listed as a Democratic candidate on New Hampshire’s presidential primary ballot, and if all goes as expected, he expects for his campaign to be done on Wednesday.  In the meantime, he is using the domain workmorekeepless.com to showcase his campaign and in my opinion it’s a thing of beauty.  Here are his two dozen reasons Ely lists as reasons to vote for him and I encourage you to read them.  Not because I necessarily support them (I don’t), but because they are interesting , at times entertaining, and I always enjoy the prose of someone that cares.

In his typical fashion, Ely describes his campaign best. In his own words “There’s always “hope and change.” If you want to believe in that pixie dust, vote for someone else. Vote for me if you’re willing to suffer some real pain now – hence my plan for a safety net of jobs and basic health insurance – so that there can be a tomorrow. It won’t be fun but at least your children might visit you in the nursing home”.

4 Replies to “Self Proclaimed “Jerk”, Bob Ely is Running For President and Using the Domain “WorkMoreKeepLess.com””