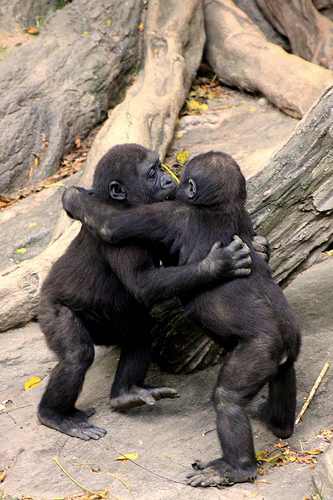 The first thing I learned when I dove deeper into the domaning world is there are a bunch of domainers that don’t like each other.  The recent quarreling between Owen Frager and “Mike Cohen” is just the latest example.   The fact of the matter is we are all trying to make money doing the same thing and often we step on each others toes.  The recent battles started when Cohen started selling his version of an affiliate site which encroached on Epiks latest push.  Rob Monster comes out like all business people would and states his is better.  Morgan does a post and all hell breaks loose.  It’s just business right? No

I would imagine this is the reasoning behind “The Fusibles” and the alias “Mike Cohen”.   Nobody wants to have personal attacks on themselves, their family, or their business.  As brutal as Cohen is, it only makes sense.  I’ve been in business a long time and have yet to meet a person that is personally disliked by so many.  When I first started talking to him via DomainStryker on Twitter. I received about 20 DM saying ……”Be Careful” .   I personally have had no problems with Cohen but I now understand.  He seems to enjoy posting personal emails between himself and the latest person he is fighting with.  I am the first one to state my feelings but believe it or not I do have a filter.   Cohen’s was removed at birth.  It’s a shame because he seems to an incredibly bright young man with a short fuse.  This is not a complete bash on Cohen, it’s only to say that if you never meet someone in person then you will never get to see the good side of them.  People tend to be “real” when you meet them in person and tend to be much “more normal” than they appear behind the screen. On one side you have people that are afraid that if they reveal themselves in fear they will be attacked, on the other you have a lack of trust because one never feels like you “know” the other side when their identity is hidden..  To make it all come together you have Cohen using personal emails to attack, supporting the whole “hidden identity” and why you should use it.

The positive.  Things can change.  It’s amazing what one phone call or nice email can do for a strained business relationship.  I was having issues with Theo of DomainGang and one hour long phone conversation later,  I realized what an extremely intelligent guy was behind the so so comedy.  :).   He and I don’t always see eye to eye but I certainly respect and like him more after the phone call.   I used to think Elliot was all about Elliot and my thoughts completely changed when he wrote me a nice email wishing me luck on my Half Ironman.  Something he certainly didn’t have to do but was much appreciated. It was a nice gesture that I certainly will remember and shed a new light on my perception of him.  Rob Monster certainly is a very nice guy.  He says he’s wrong when he’s wrong which is a VERY rare trait.  Regardless of whether Epik sites work or not there is no denying that he is a hell of a guy.  How do I know?   Communication.  We email back and forth several times a week.  Do I have issues? Yes,  but I still trust the guy and what we say behind closed doors stays behind closed doors and I feel whatever problems I have he will tell me straight up whether he can do better.  That’s what you are looking for in business.

Another incident that I understand but sorry to hear was having DnPimping taken off Domaining.com.   I completely understand why Francois took him off.  Francois is trying to build a business and he can’t have someone else being sponsored by a competitor. It certainly would not be a wise business move to support that.  Francois’ job is to put out the best product he can on domaining.   It’s also his prerogative to put on or take off whatever he likes.  If they don’t like it they will vote with their eyeballs.  I just wish they would talk it out.  Jason is a bright young talent that deserves to be heard by more.  Domaining is better off with people like that being involved.  Jason is one of the founders of the Southern California domainers group so it shows he loves this industry.

The key to this seems to be communication.   A meeting of two people to discuss their differences.  A simple phone call or an email talking it out.  They might find that they actually like each other and that most of their presumptions were wrong or lacking information.  In the words of Mark Twain  “The shield of the Internet doesn’t give you an excuse to not to behave like civil human beings”…  come to think of it, that might not have been Twain.

19 Replies to “Somebody’s Feelings Are Going to Get Hurt”