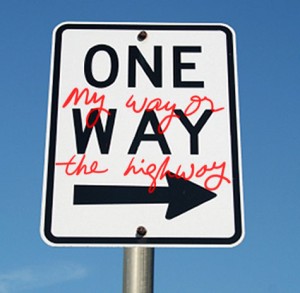 To create and run a successful business it takes a lot of hard work by many people.  Even harder is keeping that key group of people together.  The recent departure of David Clements for Rick Latona Auctions and Jay Adelson from Digg show that no matter how successful a company becomes, individuals have their own goals and plans,  and they may not coincide with their partner or company’s path.

I am the 5th generation to run our family’s business and from a young age I was told the key to making it to the next generation is simple.  One voice.  No matter how many family members or partners are involved in the business there needs to always be one person that has majority and final say.  If the owners can’t come to an agreement then that person has the ability to make the call.  If the others don’t like it they are free to leave (a buy sell agreement is vital but that is for another post).    This most likely was the case in both the Rick Latona and Digg cases.   In both cases there is one voice, Rick and Kevin Rose.  The others merely are owners that can make decisions as long as the head owner agrees.  If they don’t like it they are free to move along…..and they did.

Many businesses are torn apart through owner disagreements.  It forces the employees to choose sides and soon they don’t know who to listen to.  Each owner tells them something different while badmouthing the other.  It’s unhealthy and often leads to the demise of the company.  In the case of Digg, it is obvious that Kevin Rose accepted some of the decisions of Jay but didn’t agree with them.  As soon as Jay left there are already major changes being made.   As if he couldn’t wait to “fix” some of the bad choices he felt Jay made but hadn’t acted earlier to prevent the appearance of conflict between the two.  In order to have sanity in the workplace, an owner, even a majority owner,  has to be flexible and learn when to use his/her majority vote.

I had entered some partnerships earlier this year and quickly I realized that the 50/50 thing just wasn’t going to work.  Like all Type A personalities, I felt that my partner wasn’t working as hard as I was on the project and although most likely not true, if one partner feels the other isn’t carrying their own weight, it is going to get ugly at some point.  For me it was simple, break up the partnerships to save friendships and money.

So as a person that DOESN’T work well in partnerships I can give this advice.  If you want your business to last, have one voice.  If you can agree amongst all the owners and create one voice, fantastic.  I don’t think long term you can but I have been proven wrong before by many great long lasting partnerships.    It’s never a problem until money is involved.   Remember, even the world’s greatest partnership in all of business once broke up.  Thankfully, the duo of Daryl Hall and John Oates eventually worked out their differences.

2 Replies to “The Key to a Successful Business………One Voice”