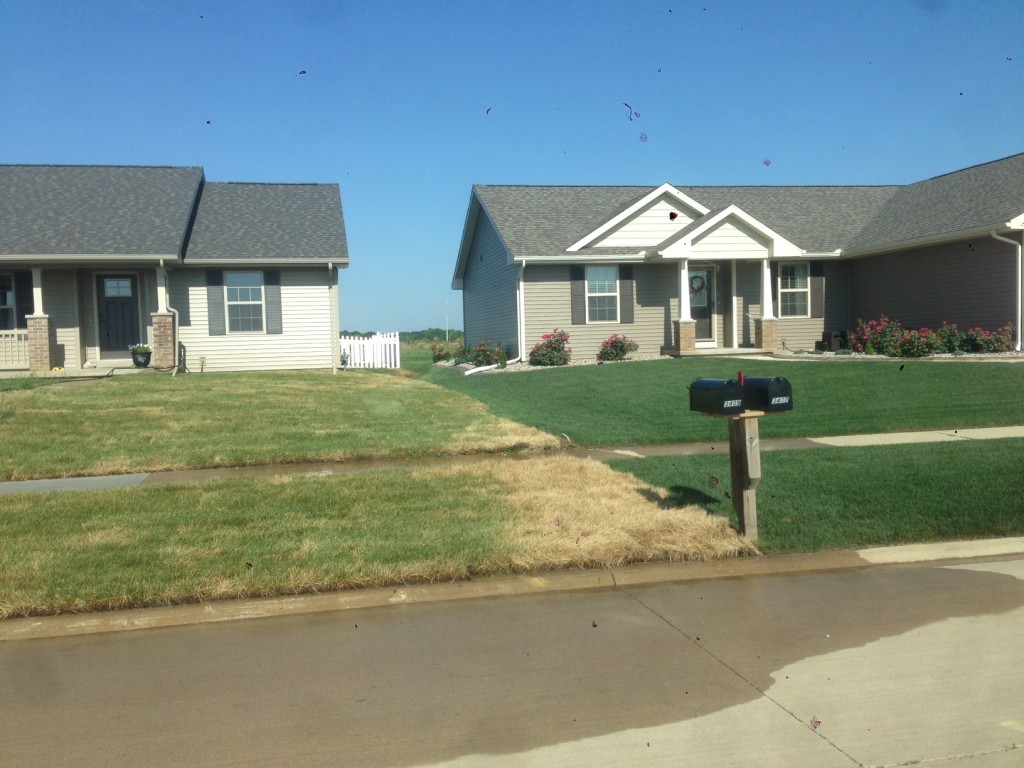 This is a neighborhood I cut through occasionally and for the last year I have watched these two homes and their yards.   The guy on the right had his house built at the same time as the person on the left.  He watered his lawn regularly.  After it rooted in he applied fertilizer, weed and feed, and winterized it.   The guy on the left got his grass and watered it for the first three weeks.  Then came the summer drought and he didn’t water. He eventually watered as he saw his lawn deteriorate but it was too late.   It looked so bad he had do it it again.  This spring we had lots of water and the yard looked good.  But now it hasn’t rained for two weeks and his sod went to hell again.  So there he is reacting by putting the sprinklers on full bore trying to bring it back.   Any of this sound familiar?

A lot of us have tried building websites to improve the “lawn” of our domains.  Unfortunately most look like the left because we’re not putting in the time to make them look like the right.

18 Replies to “This Picture is a Perfect Analogy”