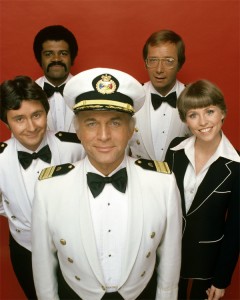 You don’t have to be 75 or a gay man to enjoy a great cruise.  Especially when it’s the DnCruise, put on by Mr. Flash himself, Chef Patrick.  Patrick pays attention and that’s what I like about him.  He caters to the big domainers and small domainers as well and his first conference will prove that a domaining conference can be a personal, fun, and informative for all comers.  There are a ton of reasons why you should attend the cruise but here are 10 reason you may not have known until now.

1. Rumor has it that there will be a re-enactment of ‘Love Boat’ starring Greg McNair as Captain Stubing, Rick Latona as Gopher, Jodi Chamberlain as Julie, Jason Thompson and Isaac, Ron Jackson as Doc, and Tia Wood as Vickie. They’ve been rehearsing for weeks but have gone on hiatus while Greg climbs for waterschool. Should be a good show.

3. They will be showing the movie Titanic on night one and The Poseidon Adventure on the second night.   DiCaprio is so good in the first one.

4. Chef Patrick realizes he’s already the center of attention at this conference,  so he’s agreed to ditch the flashing glasses, the sponsored shirt, and the t-shirt with his giant picture airbrushed on it and simply wear a bowling shirt that says  “Chef P”

6. Free booze, free photos.   Chef and the sponsors are covering the booze and Ron Jackson takes so many photos you really don’t even need a camera

7. To save time Chef is going to have all the girls kiss Merlin Kauffman as they board the boat.  They were inevitably going to making out with him later anyway and this way they get it over with.   (Just playing with this one, he’s young and has a hell of a portfolio, I’m just jealous on both accounts)

9. No non-payers will be sneaking into this one like some of the other conferences……guaranteed.  They’re easy to spot if they try, they’ll be the one’s approaching in a dingy

10.   If it’s anything like The Love Boat,  the conference will go like this.   Everyone will be happy when the board, there will be problems or a big misunderstanding sometime during the cruise,  the crew gets involved and everyone leaves happy…..then they go to Fanstasy Island

One Reply to “10 Reasons Why You Need to Go On The DnCruise.com”