OK, I’m going to call BS on one of the 5N.com sales shown on Chaomi.  I’ve been amazed in the past by the quick turnaround of names that this site sometimes reports, but is it really possible that 97727.com sold twice in a twenty minute span?  If so, I’m seriously impressed, but it really has me wondering how much this data can be trusted.  Here are the 5N.com (no 0/4) names sold yesterday. 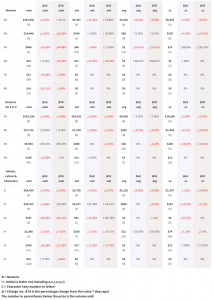