Since I’m not going to be able to make it to TRAFFIC in Miami I am forced to announce early my winners for this years Domain Shane Awards.  The voting was hot and heavy in almost all the categories.  Most of the winners will be excited to know that the awards come with a cash prize of $500 bucks.  Of course those prizes are in Domain Shane bucks and at this present time trade half a cent per dollar. Congratulations to the following winners

Way before Bit.ly and T.co, Bill used shortening to make his name easier to spell and say for people on the Internet. The people at Bit.ly caught on and soon the shortening market was developed.  Bill was also the first person to ever call me an ass, not in those words, in this case he lengthened it a little. 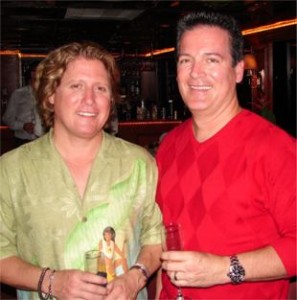 Most people over 40 struggle with their hair.  Many people admire him for his incredible business savvy and domain portfolio. We at Domain Shane cherish the doo.

Domainer With the Trendiest Glasses 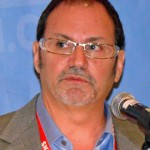 Domain Most Likely to Have Pictures Stolen From It By Another Domain Blog:

If you see a picture of a domainer there was a 99% chance it was stolen from Ron.  PS The pictures above courtesy of DnJournal

Best Afterparty at a Domain Conference:

You haven’t fully made it in domaining unless you’ve been invited to an afterparty at Mr. McNair’s suite.  He also won an award that wasn’t televised, the “Most Likely Person to Talk Domains at 3:30 am”

Domainer Most Likely To Dance With Your Wife or Girlfriend

Not only did he pull off one of the best buy and sell transactions of a domain this year with MusicVideos.com, he is just as smooth on the dancefloor

He’s everywhere providing great reader feedback and spurring intelligent thought.  He actually writes a daily blog he just does it through the comment section of 20 domain blogs each day

Most Likely To Visit A Site Using HideMyAss.com

Mr. Owen Frager picked more fights than Glenn Beck at the Democratic convention.   There was Fusible, Theo, and my favorite Mike Cohen.  All in good fun and good traffic.

By a landslide.  His face is ugly enough but then he has to go and paint it on his shirt so there are two of them.  His outfits are a combination of Jesse James, Thomas Edison, and the Air Brush Kiosk at the mall.

And the Big Award…………Domainer of the Year

11 Replies to “Just In Time For TRAFFIC: The Annual Domain Shane Awards”