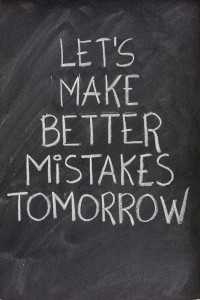 I’ll be honest…I can’t stand the week between Christmas and New Years. Just too many list’s for me and it seems to get worse every year. You know the kind…The top 10 who really cares of 2011. With that said, a list was brought to my attention today, and it helped me write my post…so I love this list, but just this one.

It was big news in the domaining world when Overstock.com decided to re-brand as O.CO in early 2011. It was also big news when they decided to abandon that ship in November. It was a marketing blunder and just so happens to top AdAge’s ‘Marketing Muck-Ups: The Biggest Follies of 2011’ list. (ok ok, the follies on the list aren’t  in any particular order, but O.CO is at the top…)

The article highlight’s the flip-flop from Overstock’s upper management that probably only Warren Adelman could appreciate.

“I think if it all works really nicely, you’ll just see Overstock.com fade away and O.co take its place.” That was what CEO Patrick Byrne said in early 2011.

The tune changed in November, as stated by President Jonathon Johnson. “We were going too fast, and people were confused, which told us we didn’t do a good job. … We’re still focused on getting to O.co, just at a slower pace. … We’re not flipping back, we’re just refocusing.” Apparently it didn’t work really nicely.

Other website related blunders to make the list include Target.com‘s apparently untested relaunch, Groupon’s Super Bowl commercial that I laughed my ass at but the rest of the world found quite offensive, and the Huffington Post‘s excessive aggregating, or lifting, of content. You know I can’t stand article lifting…oh wait, nevermind. At least I give credit.