Posted on October 3, 2011 by ShaneCultra 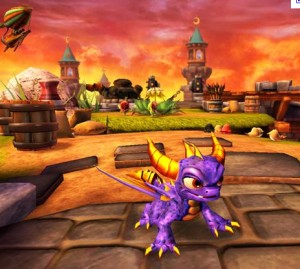 The Sussex County Community College Skylanders accidentally made one of the best investments in their school’s history this past August.  The schools webmaster, Frank Hablawi, suggested they buy the domain skylanders.com to use as a website for testing and development with plans to eventually move the schools content over.  But those plans never developed.  The $5 (looks like a Godaddy closeout buy) they invested in their new domain was about to become a little more valuable than they anticipated.

On February 14th the new college President received an anonymous offer of $7500 for the school’s new domain.  Knowing that all offers need to be negotiated, he checked into the matter through the school’s attorneys.  The school is the only school in the nation with this nickname and at the time their really wasn’t any company or entity with that name to give them a sense of who was behind the offer.  The school started the negotiation through the lawyer and by August the school had negotiated a final price of $35,000.   It was then they realized the buyer.  Activision.

Activision had a new interactive game Skylanders that they are releasing this week and it’s not a coincidence this story hit the wire this weekend.  It’s pretty good publicity for a company for a mere $35K.  On a side note, the game actually seems to be pretty cool.  My daughter has always been a Spyro fan and now she wants to get it after seeing me writing this story.