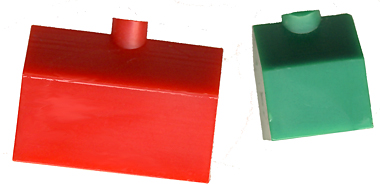 If you were to start a business and put $7 into it to get it off the ground, what would you expect the return to be?  Let’s get even more aggressive and put $200 into starting your new business.  Wouldn’t get you very far would it?  So why do people expect to make a killing on domains in which they barely have an investment?

Domains are businesses and should be treated as individual little entities (or in some cases large individual entities) and managed.  In order to receive the best return there has to be an investment of money, time, and foresight.  How will this domain make money?  Is it for a resell?  Is it going to be developed and if so what are we going to sell?  If you are going to sell, how are we going to manage the sales and development?

Too many times I see domainers buying the cart before they even own a horse.  They expect to make money from nothing.  My experience has shown me that coming up with the business model first and THEN finding the killer domain, results in the highest payoff.   As much as you think you can sell apple peelers at applepeelers.com (only an example) do you really know anything about apple peelers and who is going to manage the orders and fulfillment.  Ohhhh, you’re going to do an affiliate program.  There still has to be a site built that draw users looking for apple peelers.  That also is a business, an easier business to run than direct selling, but the input to financial return will reflect your investment.

This is not to say you can’t make money just flipping domains but the same logic applies.   If you are investing in a business would you rather invest in a convenient store/ gas station on a corner that is heavily trafficked and no other convenience stores around or an honor box that sells mints for a quarter.   They both could make or lose money but the investments and returns are on opposite sides of the scale.  A $7 domain is a mint and a $100,000 is the store.  The risk is much higher for the 100K domain but you have a MUCH higher chance of making $10,000 on the latter.  Your response. I don’t have that kind of money or you have a much more to lose with the 100K name.

Both are true but it comes down to this.  Are you in this to make money or just be part of the game?  If you are in this to make money you have to invest.  You don’t have money? Then invest your time.  Do things that would normally hired out,  yourself.   Instead of owning 20 names you’ll have to spend $1,000 on one.  Instead of striking a deal with the top apple peel maker for super discounted product,  you’ll have to make a small margin on their affiliate program.  It all works, but it all involves some sort of planning.  Buying a domain, parking it, and praying someone will buy it later works for someone with plenty of money but not for most people.  What works is buy one, make a business out of it, take the money made and invest it in the next

There is a reason why Elliot is constantly talking about DogWalker.com, Fusible talks Tweetups.com, and Bruce Marler is talking Missouri.me.    These are their businesses.  It is their focus and therefore is what is on their mind each day.  That is the type of business focus you need to succeed.

Gathering up names is not a business, its a hobby.  It takes a wealthy man to collect domain names.  It takes either a category killer domain or a solid business plan to make a man wealthy.