First of all thanks to everyone that played along.  I received 36 entries to the contest and we had two people get 9 out of 10 right.   The winners were the Adam Strong and Brian Gilbert.  I could draw a name from a hat and give the $50 iTunes card or charity donation  but I’ll talk to them and see how they’d like to decide it.  I’m guessing the funds are put towards our next ‘Steel Panther’ extravaganza.  There is one person that fooled them both and almost everyone, Brad Larson from Godaddy.  Brad has helped a lot of people sell some big domains over the years but the caricature didn’t do him justice.  The other person that many people missed was me but that’s because I’m a nobody and threw myself in there to hang with the big crowd.  I was surprised how many people missed Greg McNair, how many got Diana,  and how many assumed Frank Schilling just had to be in there somewhere.  This was pretty hard and as I said earlier, some of the drawings didn’t do the person justice.  The girls are much more beautiful than their pictures came out.  The guys?  It actually helped most of us out.  Here are the answers 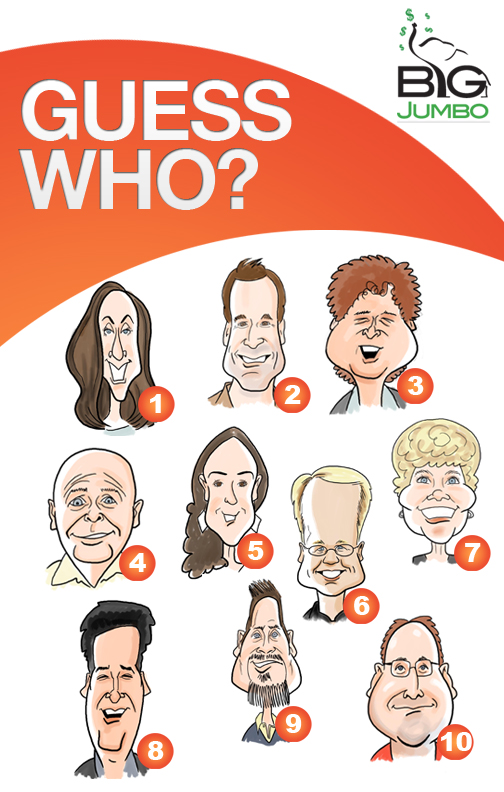