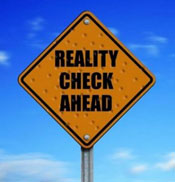 Hello All. If you’re like me, you notice domains everywhere…on the back of the truck in front of you on the road, at the bottom of an advertisement on TV, scribbled on the stall of Bouzouki’s Strip Club’s men’s bathroom at 2:45 in the morning the last three Saturday nights. When I see a domain being advertised by a company the first question that enters my mind is: Does this work? And then: Could they do better? While the answer to the first question can vary depending on a number of factors, the answer to the second question in many instances is Yes.

One thing that irritates me as a domainer is when I see domains that don’t live up to the advertising medium they are taking part in. Advertising a bad domain on a wrapped city bus campaign that costs $60,000 annually doesn’t make sense to me, especially when there are better domain options available. In my opinion, any company willing to shell out a ton of loot for advertising should first and foremost invest in a quality domain. So because it’s my little way of stickin’ it to the man, I’m going to start calling out bad business domains and hopefully shake some things up in a few marketing departments and board rooms across the country.

Disclaimer: I am in no way involved with any of the domains I am about to talk about. I am not criticizing or promoting any domains in this post to benefit myself or DomainShane.com. Don’t get me wrong, I’m sleezy, just not right now.

I am currently in Phoenix and saw this domain being advertised on a billboard adjacent to a busy, high-traffic freeway heading towards the airport. The billboard was one of those slick, digital kinds that rotates a different advertisement every 8 seconds or so. What I really like about digital billboards from an advertisement perspective is the bright colors and crisp images that really make the ads pop, especially at night. The ad consisted of a photo of a theatrical character which looked like Lute Olson in a wig, and the domain promoting this as an alleged real deal I guess.

“Did you see that billboard?” I asked my buddy. He said he did.

“I dunno, Tucson Deals? Tucson something Deals I think” he replied.

If I’m in charge of marketing for TucsonRealDeals.com and I hear this, I’d say I have a PROBLEM. The domain, in my opinion, doesn’t make sense. It doesn’t roll off the tongue very well and it isn’t very easy to remember which is all that matters as someone speeds by at 80mph and glances up. The two dominant keywords in the name are ‘Tucson’ and ‘Deals’ and the word ‘Real’ almost gets lost…it just doesn’t fit. As far as a business domain name goes, it isn’t good. 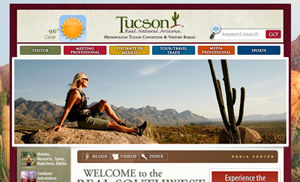 The domain forwards to VisitTucson.org which is the site of the Metropolitan Tucson Convention & Visitor’s Bureau. The site is professional and impressive and they obviously spent some good money on it. They take their website seriously and now I think it’s time to take their domain advertising seriously.

My domain upgrade solution for TucsonRealDeals.com: TucsonDeals.com, available for sale at Afternic for a Buy it Now price of $4988 with a minimum offer of $700. This domain just sounds and looks so much better, doesn’t it? A nice, two word domain, easy off the tongue and a heck of a lot easier to remember. Even if they were to low-ball an offer they could most certainly meet  with the seller somewhere in the $3500-4000 range.

I emailed a contact I found at Clear Channel (the billboard management company) in charge of the Phoenix area named Steve asking for advertising rates and promptly received an auto response letting me know he was on vacation. Obviously Steve sold out the entire Phoenix area and just had to take a break. I can only assume that the advertising rates on these billboards average anywhere between $2000-2500/mth based on nationwide averages, and I’ve seen the TucsonRealDeals.com ad on more than one board around town since.  Based on an advertising budget of $50k/yr+ for billboards alone, one would think they could do better than hand regging a domain for their operation.

In fairness, VisitTucson.org really seems to be trying to brand the whole ‘Real’ theme on their site… ‘Real. Natural. Arizona.’, ‘Welcome to the REAL Southwest’. That’s fine and dandy, but unfortunately I havn’t heard one radio spot or seen one tv ad promoting this brand and they shouldn’t expect people to just know this with  a domain like TucsonRealDeals.com. The purpose of the domain is to get visitors to the site and that’s not going to happen if people can’t remember the name. Quite frankly, VisitTucson.org is a pot of gold at the end of the rainbow…but nobody has ever followed a turd rainbow.  Instead, I recommend they upgrade to a REAL effective domain, TucsonDeals.com. It might require some site redesign and some re-branding, but it’s worth it in the long run.

So Tucson, whether you knew it or not, your solution is out there and all things considered it’s cheap. Spend a little money to make a little more…you can thank me later (free golf will work). CW

12 Replies to “I’m Calling Out Your Business Domain”