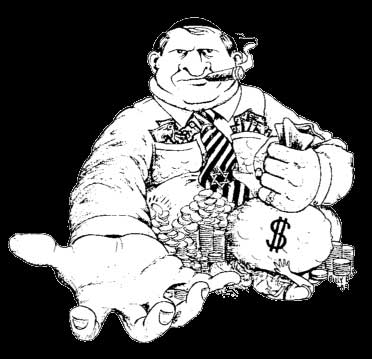 Illinois today passed a bill requiring all Internet retailers with sales over $10,000 to start collecting a 6.25% tax from Illinois residents who make a purchase on the Internet.  A move the would essentially eliminate the Amazon Associates plan and many others and reduce commissions rates for all Illinois residents . All purchases made by Illinois residents would be assessed a 6.5% tax that the sellers would be required to collect.  Your websites and your domains are included.  Here is the letter I received this evening from Amazon.

Greetings from the Amazon Associates Program:
We regret to inform you that the Illinois state legislature has passed an unconstitutional tax collection scheme that, if signed by Governor Quinn, would leave Amazon.com little choice but to end its relationships with Illinois-based Associates. You are receiving this email because our records indicate that you are a resident of Illinois. If our records are incorrect, you can manage the details of your Associates account here.

The unfortunate consequences of this legislation on Illinois residents like you were explained to the legislature, including Senate and House leadership, as well as to the governor’s staff.

Over a dozen other states have considered essentially identical legislation but have rejected these proposals largely because of the adverse impact on their states’ residents.

We thank you for being part of the Amazon Associates Program, and wish you continued success in the future.

In an effort to make up for their shoddy mismanagement of tax dollars, the lawmakers of Illinois are trying to tax their residents even more.  Illinois is trying to levy taxes on Internet purchases under a bill that won final General Assembly approval today with an 88-29-0 vote in the state House. The law would make Illinois the latest state to try to squeeze revenue from online retail purchases. Other states have faced court challenges and the threat of lawsuits after trying to collect taxes from web sales. And some online retailers have simply cut off affiliates in states that have passed similar laws. Amazon looks like they are going to take this approach. This would impact domain investors and web driven businesses that are based in the state. All my domain purchases and drop shipped sales would be taxed.  I have not talked to Adam Strong but he is the first person that came to mind that would be affected.  Essentially, any Illinois resident with websites based on Amazon affiliates and eventually all affiliate programs will be affected. That 6.5% is certainly not going to be taken off the bottom line, it will be taken off the commission.  The implications of this bill are far greater than just Illinois.  If it actually works and they collect large amounts of revenue.  Every cash strapped state in the country is going to do the same thing.

Lawmakers have 30 days to send it to him, and he then has 60 days to act. The tax would start on July 1.  I haven’t talked to my uncle to see how he voted but I am hoping that he voted like a Republican should vote and voted against it.  I am certainly going to be writing the governor and would hope that all Illinois residents that make purchases on the Internet would do the same.  In case you didn’t know, Illinois already requires residents to voluntarily pay a tax on their purchases but it hasn’t been very successful.  They’re hoping that by requiring businesses to collect it that they’ll actually receive some cash.  I hope it fails miserably.